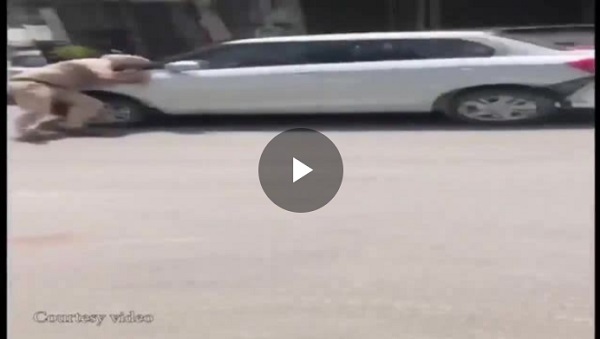 In the city of Patiala in the Indian Punjab, an attempt was made to trample a policeman under a vehicle, the video of which is going viral on social media.

According to Indian media reports, the occupant of the vehicle was stopped at a security check post at which he first slowed down the vehicle and then suddenly accelerated the vehicle, hit the policeman badly, and fled.

According to media reports, the injured policeman has been shifted to the hospital for medical treatment.

According to the police, the driver of the vehicle did not want to be checked, so he did not stop the vehicle when the policeman stopped him and ran away after hitting him.

Police have traced the vehicle and the incident is being further investigated.