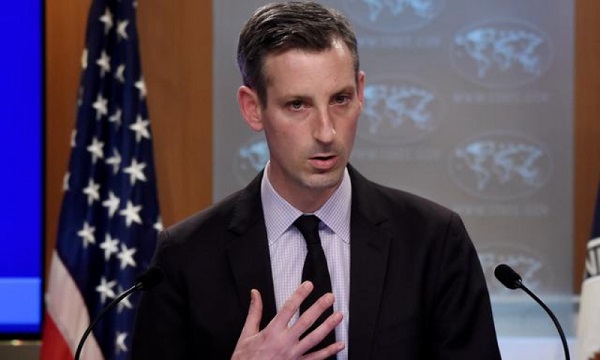 The United States has told the Taliban not to attack the US embassy if they take control of the country.

According to the New York Times, US negotiators want assurances from the Taliban that they will not target the US embassy in the capital, Kabul, if they want to gain control of the country.

Negotiations are underway between the US and the Taliban, led by US Special Envoy Zalmai Khalilzad, in view of the rapid advance by the Taliban.

On Thursday, the US State Department announced that it was repatriating 1,400 troops stationed at the US embassy in Afghanistan, and that only diplomatic staff would remain in Afghanistan.

After the United Kingdom, the United States is now urging its citizens to leave Afghanistan immediately, saying that those who do not work for the US government should leave the country immediately through commercial flights.

All embassies in Kabul are on high alert due to the Taliban’s growing presence and many countries have closed their consulates.

“Let me make it clear that US embassies in Afghanistan will remain open and we will continue our diplomatic work,” said Ned Price, a spokesman for the US State Department.

“We have serious concerns about the growing violence and instability in Afghanistan due to the Taliban’s growing presence,” he said.

On the other hand, Zalmai Khalilzad hopes to persuade Taliban leaders to keep embassies open and safe in Afghanistan, because they must accept that if the Taliban need US aid and other assistance.

The Taliban say they want to be recognized as Afghanistan’s legitimate guardian and want ties with world powers, including China and Russia, for economic assistance.

The United States, as well as other world powers, have warned the Taliban that they will not receive international aid if they try to occupy Afghanistan by force.

On Thursday, German Foreign Minister Heiko Mass said he would not help the Taliban if they enforced Sharia law after taking power in Afghanistan.

In April, the United States began repatriating its non-essential staff from Afghanistan, while telling other staff that they could return home if they felt threatened and that their careers would not be harmed. ۔

The United Kingdom has called the withdrawal of US troops from Afghanistan a mistake and warned that the resurgence of the Taliban would turn the country into a breeding ground for extremists and pose a threat to the world.

“I feel that the withdrawal of the United States is a mistake that we will all suffer,” said Secretary of Defense Ben Wallace.