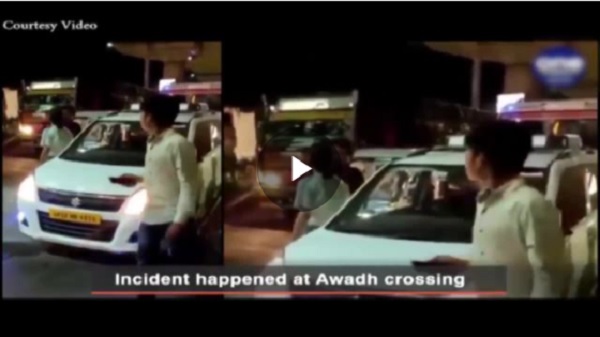 In India, a woman slapped an online taxi driver on the road, a video of which went viral on social media.

According to Indian media reports, the incident took place in Lucknow, the capital of Uttar Pradesh.

The woman said she was crossing the road when the driver in the car hit her and insulted her, after which she publicly tortured her.

Viral Video: A Girl Continuously Beating a Man (Driver of Car) at Awadh Crossing, Lucknow, UP and allegedly Damaging his Phone inspite of him asking for Reason pic.twitter.com/mMH7BE0wu1

In the video, the woman can be seen slapping the taxi driver at the crossing. Meanwhile, the traffic officer at the signal tried to stop the woman but she did not listen to him and also broke the taxi driver’s phone.

#ArrestLucknowGirl
She is crossing a busy road in Green Signal and driver saves her life. pic.twitter.com/Y34WsGw3tZ

After the video went viral, social media users were demanding the arrest of the woman, but now the police have registered an FR against the woman.

According to Indian media reports, CCTV video revealed that the driver was speeding at first but the driver saw the woman crossing the road and applied the brakes and saved her life.