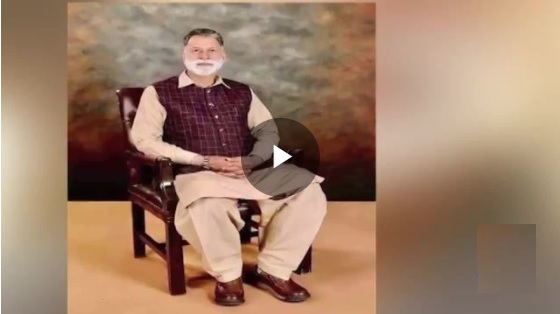 The newly elected Prime Minister of Azad Kashmir, Sardar Abdul Qayyum Niazi, hails from Dara Sher Khan, a village in Constituency LA-18, Poonch One, right in front of the Line of Control.

Sardar Abdul Qayyum Niazi was born in 1969 in the village of Dara Sher Khan. He belongs to a Mughal family and writes ‘Niazi’ as his nickname.

His ancestors migrated from occupied Kashmir in 1947 and settled in Dara Sher Khan area on the LoC in Poonch district. His elder brother Sardar Ghulam Mustafa Mughal was the Finance Minister in 1985. Sardar Abdul Qayyum Khan Niazi died at the age of 22 Fought for District Councilor who won.

In 2006, he contested elections on the ticket of the Muslim Conference for the Member Assembly and was nominated as a candidate for the Assembly. From 2006 to 2011, he served as the Minister of Food and other Ministries.

He later went to court alleging election rigging, whose case was in court until the 2021 general election.

In 2019, he resigned from the long-standing members of the Muslim Conference and joined the Pakistan Tehreek-e-Insaf (PTI).

It may be recalled that in the Azad Kashmir Legislative Assembly elections, PTI won 32 seats while PPP has 12 seats and PML-N has 7 seats. Jammu and Kashmir People’s Party and Muslim Conference have one seat each.