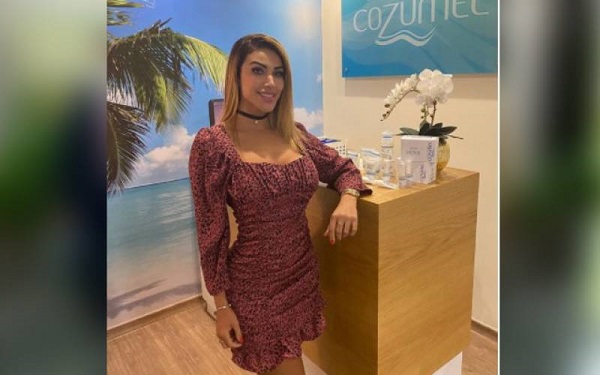 A beautiful model who married herself in Brazil claimed to have been offered marriage by an Arabic sheikh.

According to the Daily Star, the model named Chris Gallara has said that she used to get marriage offers from many men.

Among them was an Arabic sheik who offered me  500,000 dollars (approximately Rs. 84.7 million) if I married him instead of marrying myself.

Chris Gallery, 33, said: “I was so dependent on men that I decided to marry myself, so I turned down the offer of this Arabic sheikh. Contacted via and he still keeps texting me. “

“In the beginning, I thought it was important to be in a relationship with a man to be happy and to avoid loneliness,” Gallara said. Then I had to spend some time single.

During this time I realized that I could stand on my own two feet. I was always afraid of loneliness but this was the time when I learned to feel good about myself and decided to marry myself. “

Netflix, Prime Videos, Web Series and MoviesTo Watch With the Family On Christmas!

Which Team is Favorite for FIFA World Cup 2022?

FIFA World Cup: Which Team Will Compete Against Whom in the Eight Groups?

India vs Pakistan Live Streaming, T20 World Cup 2022: When and where to watch IND vs PAK Live

How to Watch AUS vs NZ T20 World Cup Live