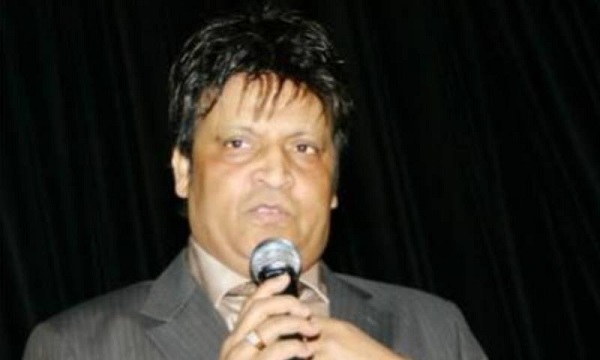 Famous Pakistani comedian, stage actor, and host Omar Sharif’s family has denied the rumors circulating on social media about his demise, saying he is fine.

Rumors have been circulating on social media sites, especially Twitter and Facebook, that Omar Sharif has passed away.

Posts shared on social media from unknown sources were claiming the death of Omar Sharif and prayers were also requested for his reward.

Some people were also seen sharing rumors of his death on Twitter.

However, some people also criticized for posting such news without confirmation.

When DawnNews.tv contacted Omar Sharif’s family in this regard, his son Javed Umar denied the rumors.

Javed Omar said that all the rumors circulating on social media were false and baseless.

On the other hand, Arts Council Media Manager Sheila Mahmood said that false news about the death of Omar Sharif was circulating.

Sheila Mahmood said that she had talked to Omar Sharif’s family last night and he was healthy.

It may be recalled that a few days ago, a picture of Omar Sharif went viral on social media, in which he could be seen in a wheelchair in an apparently ill condition.

The photo was shared on a Twitter account created in Omar Sharif’s name and prayers were also requested.

Seeing the actor in a state of illness, there was a wave of concern among many people and people across the country were seen praying for him.

After the photo went viral, the English newspaper Express Tribune reported, citing sources close to the actor’s family, that Omar Sharif’s family had confirmed that the photo had been taken some time ago while the actor was undergoing his minor check-up. Went to the hospital.

Omar Sharif’s illness has been rumored on social media for some time now. The actor was also seen in a wheelchair during a property dispute between him and his third wife in July this year.

There have been rumors of his death in the past as well. File photo: Facebook

Omar Sharif’s illness has been reported in the past and in 2017, a picture taken of him in a hospital bed went viral, after which his family issued an explanation.

His family reported in 2017 that the actor had a minor chest infection when news spread that he had cancer, while rumors of his death were circulating on some social media pages.

In February last year, Omar Sharif was quoted as saying that his daughter had died due to the negligence of an illegal kidney transplant group. The actor was still seen in a critical condition.

After the death of his daughter, Omar Sharif was mostly seen away from social media, while due to his advanced age, he has been away from showbiz engagements for a few years.

Also in 2017, a photo taken of Omar Sharif in a hospital bed went viral; a screenshot

It may be recalled that Omar Sharif started his career as a stage actor in 1974 at the age of 14 and released his plays on audio cassettes for the first time in 1980.

Omar Sharif is known as a TV, stage actor, film director. He gained a lot of popularity not only in the country but also abroad.

He has worked in showbiz for almost 5 decades and has performed in dozens of plays, stage theaters and live shows. 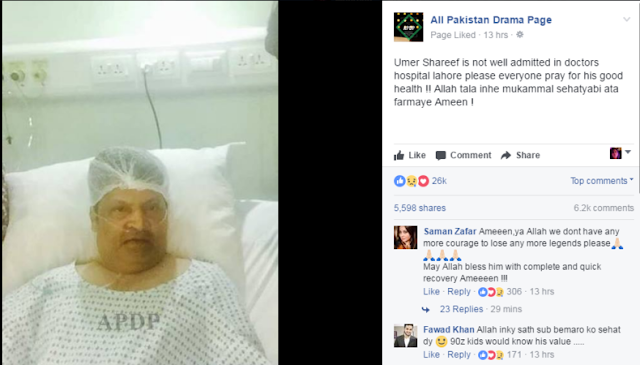