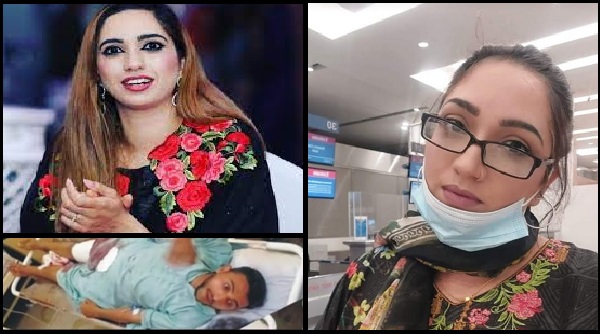 According to police, the incident took place in Dadial Tehsil of Mirpur Azad Kashmir where a TikToker named Tayyaba Dilanshin alias Wafa Hussain was stabbed.

Police say the woman is known in the UK as Wafa Hussain and is a resident of the capital, but she came to her sister’s house in Dadial.

According to police, the accused Aurangzeb Tik Tokar is the nephew of Wafa Hussain who has been arrested.

According to the initial police investigation, Wafa Hussain suspected that his nephew had stolen Rs 20,000 from his purse, on which the nephew angrily stabbed his aunt.

On the other hand, Tik Tok star Wafa Hussain is undergoing treatment at a private hospital in Islamabad where he is in good health.