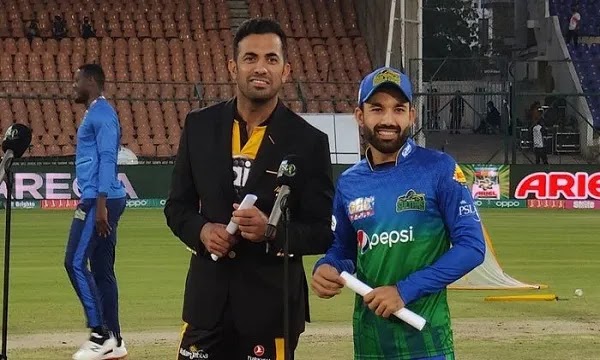 PSL 6: Peshawar Zalmi won the toss and elected to field against Multan Sultans

In the fifth match of the Pakistan Super League (PSL), Peshawar Zalmi has decided to field first after winning the toss against Multan Sultans.

Both teams have lost their first match in the sixth season of PSL and both are eager to open the account of their victory at this time.

In the sixth match of Pakistan Super League (PSL) 2021, Peshawar Zalmi won the toss and invited Multan Sultans to bat first. The match between PW Zalmi vs Multan live streaming available on geo super, Click the below link to watch the live match.

Peshawer vs Multan live streaming is available on the official geo super site, click on the above link to watch the live match. In the match being played at the National Cricket Stadium, Peshawar Zalmai captain Wahab Riaz won the toss and elected to field first. Keep in mind that both teams failed in their opening match.

Read also: Afghan Bowler Rashid Khan’s is Out from PSL 6, 2021 After Playing 2 Matches

Peshawar Zalmi was defeated by Lahore Qalandars by 4 wickets, where they showed better performance in the field of bowling while batting failed to form a big overall despite Ravi Bopara’s half-century.

Multan, on the other hand, put up a total of 150 on the scoreboard with the help of brilliant batting by captain Mohammad Rizwan, but Islamabad United achieved the target at a loss of seven wickets.

Both teams Multan Sultan vs Peshawar Zalmi for the match consist of these players: