Actress Talat Siddiqui was an unforgettable actress of the golden age of Pakistani films who was known for her dignified personality, soft tone, and distinctive voice.

Talat Siddiqui started his career with Radio Pakistan Karachi. Her first film was “Let Us Live” (1963) in which she was introduced as a singer. Her first film as an actress was Mekhana (1964). Talat Siddiqui has acted in about 70 films but in no film has she appeared as a traditional heroine.

Talat Siddiqui had two daughters, Naheed Siddiqui, a well-known Kathak dancer, and Zia Mohi-ud-Din’s wife, while the other daughter, Arif Siddiqui, came to film from TV as a singer and actress but was not successful.

She was married to musician Nazar Hussain. Rehana Siddiqui, a sister of actress Talat Siddiqui, has also appeared in several films as a supporting actress. 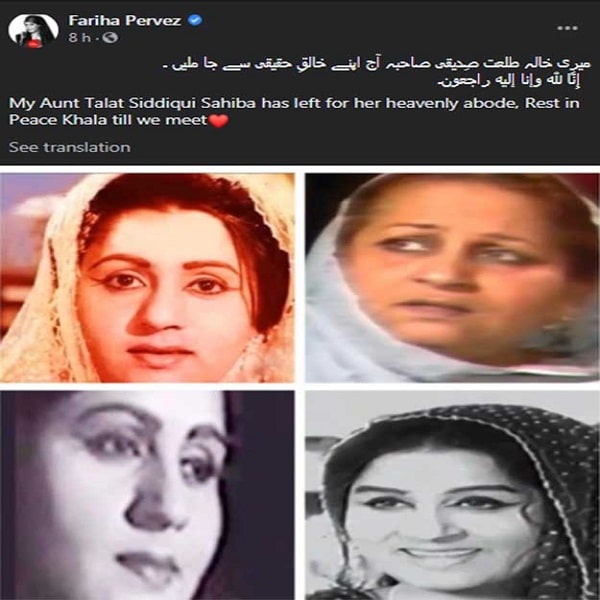