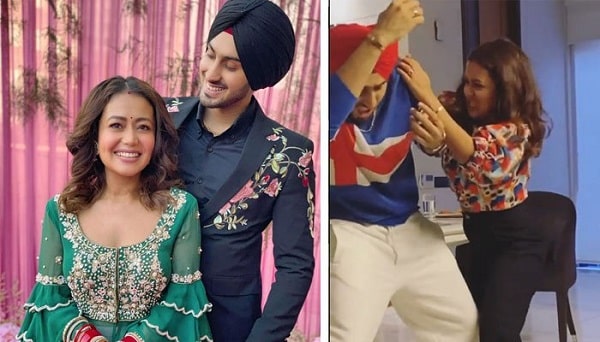 A short video has been shared by Neha Kakkar on Instagram in which Rohan Phantom can be seen raising his hand on Neha.

Later, Neha also gets angry and runs to Rohan Phantom, while at the end of the video, Neha gets angry with Rohan and leaves the room.

From the background music and captions in the video, it can be inferred that the video is actually about their new song ‘Khar Tino Mein Dasa’ instead of an actual quarrel between the singer duo.

The singer has also used the hashtag of her new song in the caption of the video post.

Neha Kakkar has revealed about the song. The release date of this song will be announced soon.

Remember that there is a Punjabi phrase in Khar Tino which has Urdu meaning ‘wait, let me show you.

According to Indian media, the music of the song has been composed by Rajat Nagpal while Agham Azeem has directed the music video.