Quora News: Angin Altan Dozitan, who played the lead role in the Derelish Ertugrul, was not part of the Kurdish Usman.

However, he will play the lead role in another historical drama on the Turkish channel TRT, which will be based on the life of Khairuddin Barbarossa.

Full details about this series are not available but its first trailer has definitely come out.

According to reports, Angin Altan has been selected for the role of Khairuddin Barbaross’s elder brother Urooj Raees while Yetkin Dikinciler will play the role of shak Khairuddin.

Ulaş Tuna Astepe and Caner Topçu will also appear as Arooj Raees and Khairuddin’s other 2 brothers.

The drama is expected to air soon.

Interestingly, the actor is known for his passion for the sea and that is why this new historical drama is very exciting for him.

After the 5th season of Ertugrul, Angin Altan will be seen on the TV screen in this drama long after. 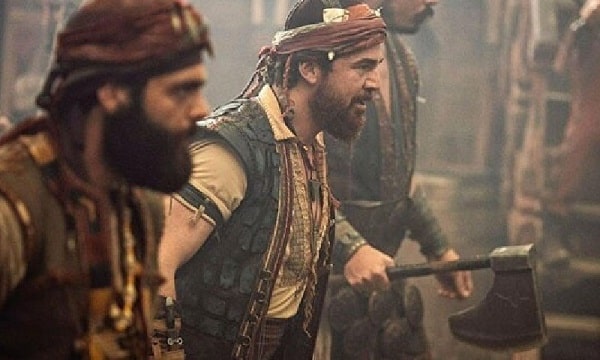 Khairuddin Barbarossa of the 16th century is an important figure in Islamic history, with whose help the Ottoman Caliphate became the greatest power of its time on land as well as on the seas.

Very few people know that Khairuddin Barbaross was not his real name but Khidr, who was born in 1478 on the island of Lesbos in the northeastern Aegean Sea.

He was the youngest of four brothers and began his working life on a ship he had built, trading on various islands.

The nickname for Barbaross was actually his elder brother Baba Urooj and his red beard and he was called Barbarus Brothers while the Ottoman Sultan Saleem I named him Khairuddin.

Adventures on the seas with older brother

After the fall of Granada in 1492 and the complete conquest of Andalusia by the Christians, Baba Urooj began to bring Muslim refugees from there to North Africa by ship.

But in 1503, Baba was arrested after attacking the ship of Urooj, after which he spent 2 years as a slave in the ships of the Crusaders, but then he managed to escape.

In 1505, Spain and Portugal advanced on North Africa and launched attacks on coastal areas.

The Khidr and the rise of these attacks on Muslims were led by the Spanish and Portuguese in the Western Mediterranean under Korkud, a son of the then Ottoman Sultan Bayazid II. Launched counter-attacks to disperse the planes.

After the accession of the new Ottoman Caliph Salim I in 1512, the Barbarossa brothers settled on the Tunisian island of Djerba in North Africa and began a struggle against the naval supremacy of Spain, Genoa and France in the Mediterranean, and gradually succeeded. ۔

Over the next three years, the two brothers managed to gain prominence in North Africa, targeting Spanish and Portuguese ships on their own.

In 1516, they invaded Algeria and snatched it from Spain, and Baba Urooj annexed the conquered land to Salem I, after which it became part of the Ottoman Empire.

Baba Urooj lost his life in a war with Spain in 1518, and the following year Spain occupied Algeria.

The rise of Khairuddin Barbarossa 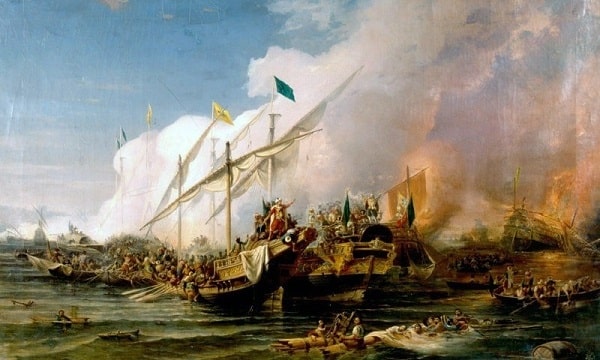 A portrait of Ng Priviza – photo courtesy of Wikipedia

After the rise of Baba, Khidr became known as Khairuddin Barbarossa and he continued his war for which he sought help from the Ottoman Caliphate.

In the following years, Algeria moved from one hand to the other several times, but Khair al-Din’s influence in the region continued to grow, while Algeria was given the Ottoman Caliphate as a central base for the Western Navy.

After Saleem I, his son Suleiman the Magnificent became Sultan and Khairuddin Barbarossa offered his services to end the domination of European nations in the seas and he became the Amir of the Ottoman Caliphate.

By this time, the Mediterranean had in fact become an ‘Ottoman lake’ against which the Western powers had jointly attacked Khairuddin Barbarossa.

In this battle of 1538, the states of Venice, Spain, Geneva, Portugal, Malta and Papua invaded together, but in the Battle of Previza, Barbarossa defeated the Christian army under Andrea Doria, who had about 300 ships. Barbarossa had 122 ships.

In this battle, Khairuddin Barbros destroyed 10 ships and captured more than 30, while not a single one of his ships was damaged.

Victory in this war resulted in the Ottoman Caliphate’s dominance over the Central and Eastern Mediterranean for decades, while Barbarossa was ruled by the Ottoman Empire in North Africa. (Governor of Governors) and Captain Al-Darya (Chief Admiral).

He then thwarted the invasion of Algeria by Charles V, Spain’s most powerful king, in 1541, and conquered Tripoli and Tunisia.

Khairuddin Barbarossa retired in 1545 and completed his autobiography in Istanbul and died on 4 July 1546, at which the Ottoman Caliphate declared that “the leaders of the seas have died.”

His tomb is in Istanbul, on the European shores of the Bosphorus.

For years, no Turkish ship sailed from Istanbul without a salute to the tomb, also known as the Mediterranean City. 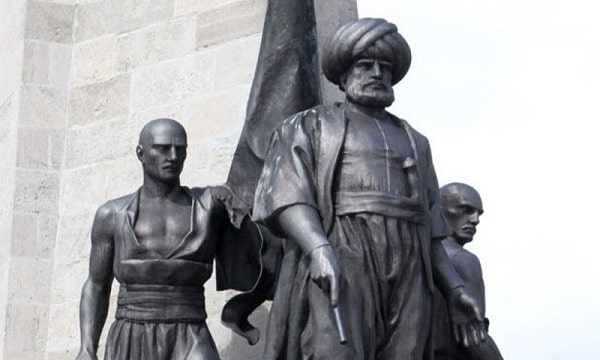