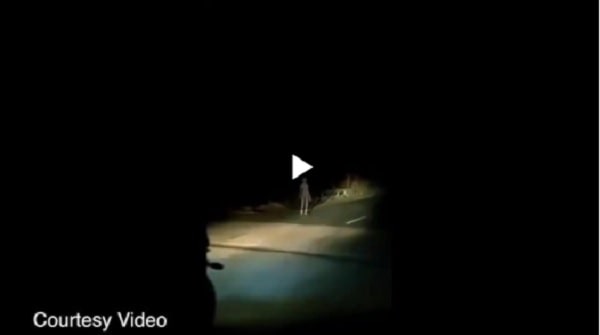 The video of the alleged ‘space creature’ Aliens on the dam in the Indian state of Jharkhand sparked a debate on social media.

In a 30-second viral video on social media, a moving object reportedly looks like a space creature.

The video was shot near a bridge in the Hazaribagh district of the Indian state of Jharkhand.

This Video is from #hazaribagh #Jharkhand claiming Creature shown in this Video is an #Alien & viral with speed, no one claiming it to be fake or false but much real😐😶
Have they really arrived or just Rumours?#aliens #ViralVideo pic.twitter.com/RpSZip6lEO

In this video, one can see someone walking like a space creature and motorcyclists turning on the lights.

Video makers also call it a space creature and a witch, but it is not yet clear which creature it is.

On the other hand, the video is going viral on social media and there is a mixed reaction from social media users.