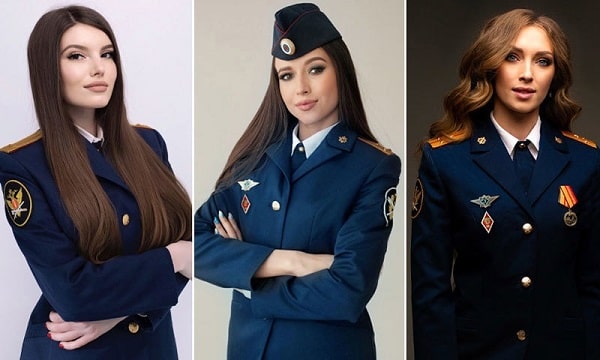 Every year different beauty pageants are held in different countries of the world, one of which is the beauty of the country for this year, as well as Miss World and Miss Universe pageants.

However, these days a unique beauty pageant is being held in Russia in which the participating girls are none other than women officers stationed in prisons.

The competition is being organized by the Russian Federal Department of Prisons among prison wardens stationed in different prisons of the country.

The Department of Prisons has named the beauty pageant ‘Miss Panel System Contest 2021’.

Named the ‘Miss Panel System Contest 2021’, the beauty pageant is being attended by female officers stationed in various Russian prisons.

According to the Russian news agency RT, the Department of Prisons has released a list of 12 beauties selected from all over the country in this annual competition, out of which the winner of the competition was awarded Miss Lock-Up Lady of the Year. Will be given

Voting for the 12 women’s victory continues June 7-11, and the most popular female official will be crowned Miss Lock-Up Lady of the Year.

Women officers from remote parts of Russia also took part in the beauty pageant, while the winner will be announced at a ceremony in Moscow.

Russia’s Federal Department of Prisons also shared a link to a YouTube channel to watch the performances of the beauties in the beauty contest.

In addition, according to the website of the Federal Department of Prisons, the 12 beauties will also perform on “Russia’s Beauty”, “Promoting the Police Sector”, a video based on “Exhibition in a Museum” and a “Dance Number”.

It is believed that this is not the first time that such a beauty contest is being held in Russia. Earlier, in 2019, the Russian National Guard organized a beauty contest and the female police officer Kharamatsuva was declared the winner.

However, she did not retain the award for long as she was fired for an Instagram post from inside the jail.

Kharramsova called the move a “jealousy of his reputation and victory”, while Russia’s police department said he had endangered prison security through his Instagram post.