Quora News: There are reports that Bollywood’s youngest Khan Saif Ali Khan and ‘Bebo’ Kareena Kapoor named their second son about 6 months after their birth.

Kareena Kapoor and Saif Ali Khan got married in 2012 after a short relationship and both were criticized for their marriage.

Read also: The Name of Saif and Kareena’s Second Son’s Will Be – Faiz?

After their marriage, there were rumors in the Indian media that Kareena Kapoor had entered the realm of Islam but this could not be confirmed and so far the two have never spoken openly on the issue.

The couple named their first son, Timur Khan, after they were criticized for naming their son after a Muslim king.

However, the two have never spoken openly about the criticism in the name of Timur Khan and now news has come out that they have given the vague name ‘J’ to their other son to avoid criticism.

The Times of India reported that after criticizing the name of their first son, Timur Ali Khan, the couple now named their second son ‘Jeh’.

According to sources in the report, the couple considered several names before naming their second son and also considered the name ‘Mansoor’ who was their grandfather.

According to the report, the couple also thought of naming Saif Ali Khan’s late father Mansoor Ali Khan Pataudi after their son but later they named his son ‘J’.

Although the couple has not yet made a clear announcement in this regard, the report said that both call their son ‘Jay’.

The report also said that Saif and Kareena have not yet named any other son but it is hoped that it will be announced soon.

According to the report, the couple also calls their eldest son ‘Timur Ali Khan’ ‘Tim’ and that is why they call their youngest child ‘Jay’.

However, there are rumors on social media that the couple may have named their second son ‘Jahangir Ali Khan’, which is why he is being called ‘J’, but no confirmation has been received in this regard. 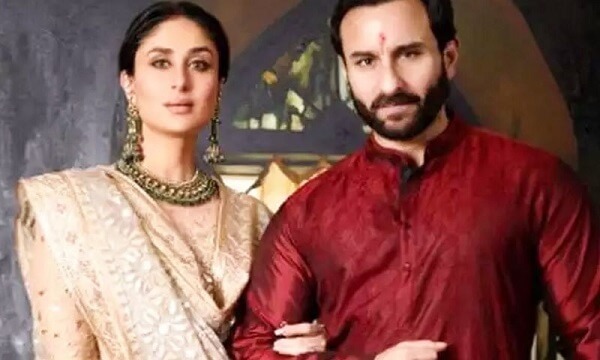