New Zealand: Like a mirror, the world’s most transparent lake can be seen in a national park in New Zealand, whose full name is ‘Rotomeri Venoa’ but it is also called ‘Blue Lake’ .

This freshwater lake is located in Nelson Lakes National Park, which was formed due to a landslide of a glacier. The water from the lake in the neighborhood keeps coming in and that lake is also formed by melting avalanches. It naturally has a filter system that traps all particles and the lake water is crystal clear.

Scientists at New Zealand’s National Institute of Water and Atmospheric Research (NIWA) have studied the lake in detail. Water is then described as distilled water that looks very clear. Thus, it is also the most transparent lake of water on the planet.

For this, they have also done an experiment in which a black one-meter diameter saucer was tied to a floating barrel, dipped in water and taken far away in the lake. The distance at which it disappeared from view was the measure of transparency. 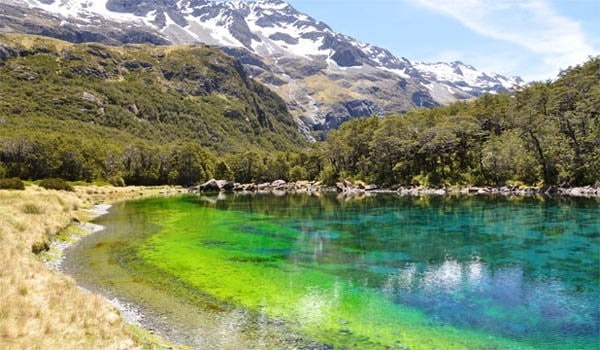 Experiments have shown that the distance to see an object inside the lake is 70 to 80 meters and that is why it has been called the cleanest lake. On the other hand, the quality of water is also very good.

On the shores of the lake lives an ancient tribe called the Maori, and no one is allowed to set foot in the lake. However, in one case, it was allowed.

In 2013, Danish photographer and environmentalist Klaus Thayman was given special permission by the tribe to visit the lake, and since then beautiful pictures of the lake have spread around the world.