According to PML-N sources, Maryam Nawaz and Capt (R) Safdar attended the online marriage ceremony of their son. He has posted pictures of his daughter-in-law and son on the social networking site Twitter and prayed for both of them to be happy and settled forever. 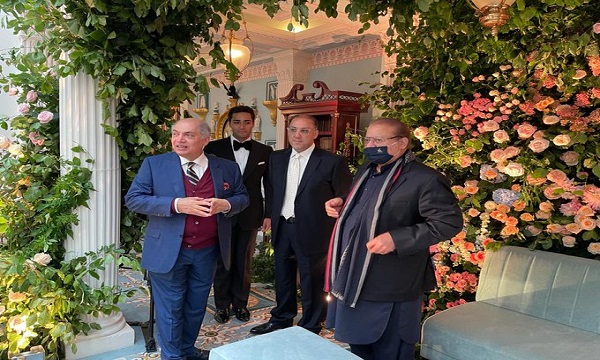 It can be seen in the pictures that Maryam Nawaz’s father and Junaid Safdar’s grandfather Nawaz Sharif and former finance minister Ishaq Dar are also present.

It is to be noted that Maryam Nawaz and Captain Safdar are currently facing cases in the country and their names are also in the Exit Control List (ECL) due to which they are not attending their son’s wedding ceremony.