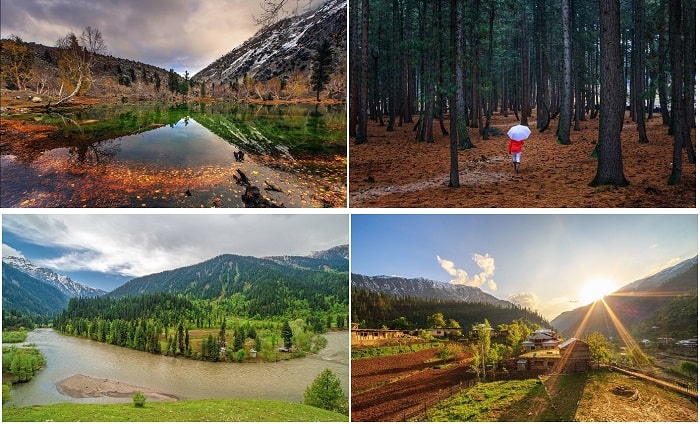 When you think of your country, bad things like terrorism, extremism, sectarianism, corruption, load shedding, and inflation come to mind, but in spite of all these, we love Pakistan immensely.

Think about how much love you will have for your beloved homeland if some good references are presented to you.

If you are a tourist or you love to explore new places, then surely next year there will be someplace in your schedule where you would like to go.

The Quora News website will now regularly publishes special photo features of Pakistan’s beautiful and historic sites, with the aim of highlighting the positive aspects of the beloved homeland as well as providing awareness to tourists.

We’ve selected 16 of these must-see locations from these photo features.

This experience will definitely be unforgettable for you.

Located two and a half hours away from Gilgit, Naltar Valley is famous for its colorful lakes, where the world’s best potatoes are also grown. Surrounded by pine forests, this valley seems to be a secluded and quiet place from the world.

According to Syed Mehdi Bukhari, “Telepathy lakes, a story of magic, a masterpiece of an artist, under the influence of which any human being began to speak to himself, everything began to vomit. The man sits in one place like a patient with low blood pressure, and the listener also puts his hand on his heart in such a way that the influence of the Messiah is felt in the soul. 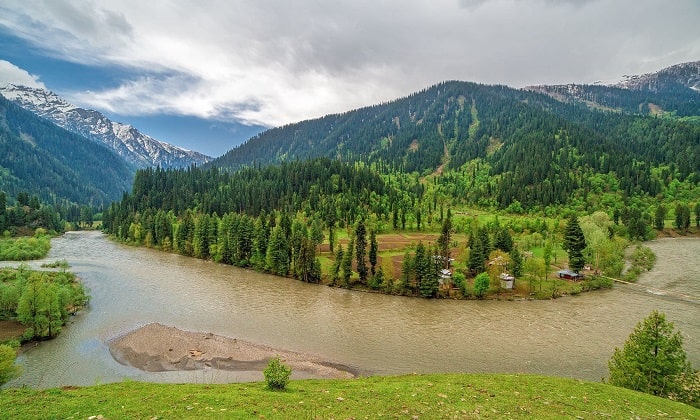 Neelum is the name of Hussain and Jamil Valley, which stretches for 240 km from Chahla Bandi Bridge to Tabat, north of Muzaffarabad, the capital of Azad Kashmir. This valley is as beautiful as its name. 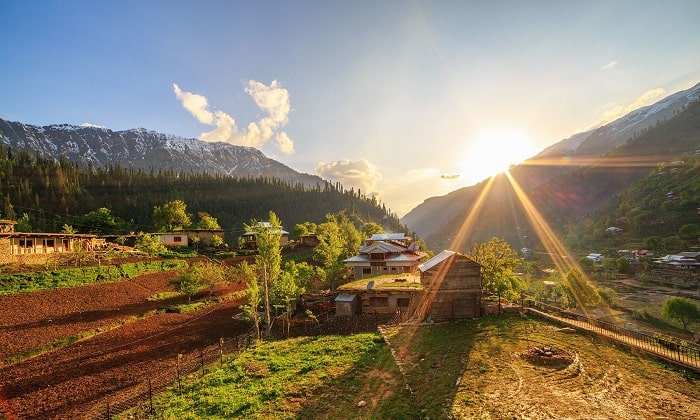 The Neelum Valley is one of the most beautiful valleys in Pakistani Kashmir with rivers, clear and cold water canals, springs, forests, and lush mountains. 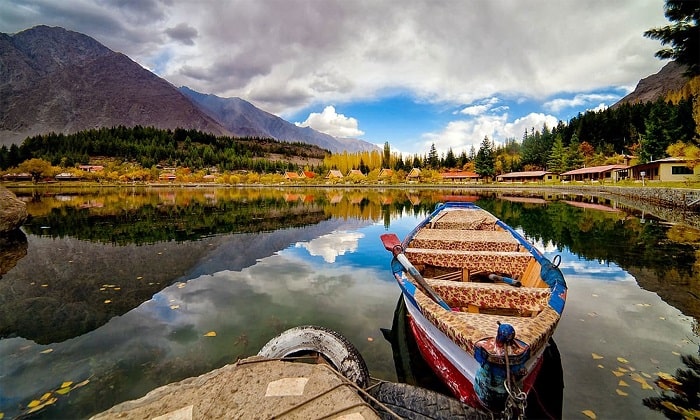 Leaving the Karakoram Highway a short distance from Jaglot, a narrow, rugged road turns toward Skardu. In this seven-hour journey, many settlements, mountain streams, and good-natured people greet the traveler.

As soon as you cross the ancient wooden bridge over the Indus River, a road leads to the tourist paradise Shangri-La. It is a popular tourist destination about 25 minutes by car from the city of Skardu – the highlight of the Shangri-La Rest House is the restaurant built into an aircraft structure. 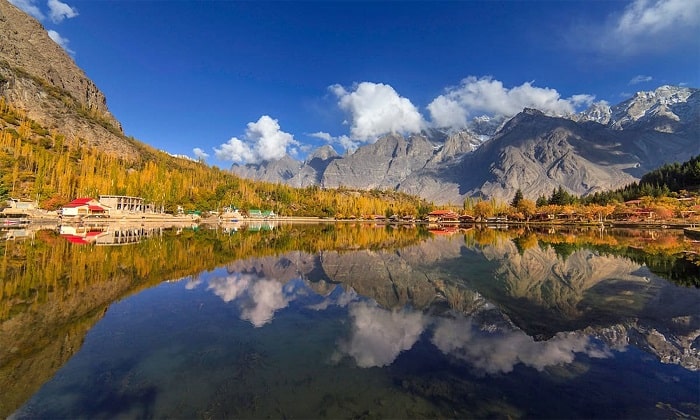 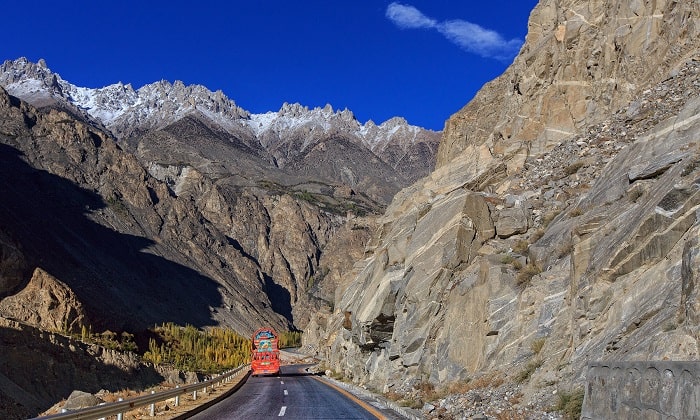 The Gojaal Valley is Pakistan’s border region with China and Afghanistan. Gojal’s border with China is at Khanjrab, which is about 15,397 feet above sea level and is covered with snow year after year. To the northwest is the Chaporson area of ​​Gojaal, which borders the Wakhan region of Afghanistan. 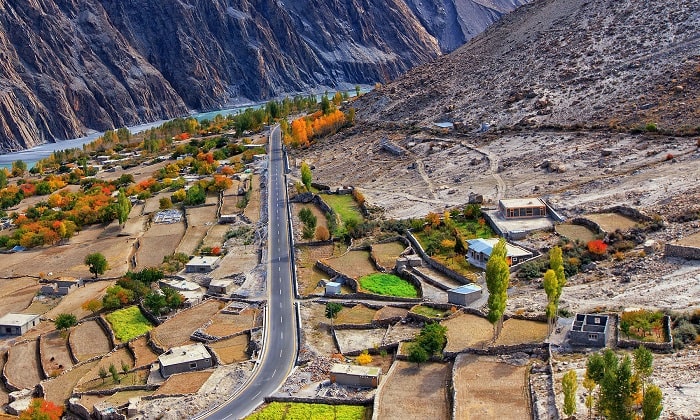 The Wakhan region is about 6 miles wide, after which the Tajik border begins. The Karakoram Highway, which connects Pakistan with China, also enters China at Khanjarab, passing through the Gojal Valley. Needless to say, these pictures are enough to tell the story. 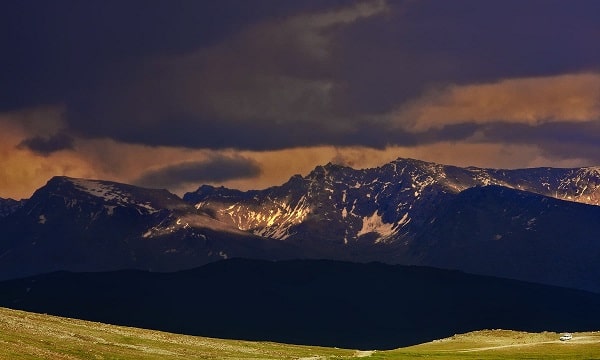 Located in the foothills of the Himalayas, Deosai is the world’s highest and only mountain range of its kind, at no place less than 4,000 meters high. For eight months of the year, the place is covered with snow, but surprisingly, during the four months of summer, thousands of colorful wildflowers bloom on the land of these 3000 square kilometers of flat plains consisting of mountain slopes and valleys. 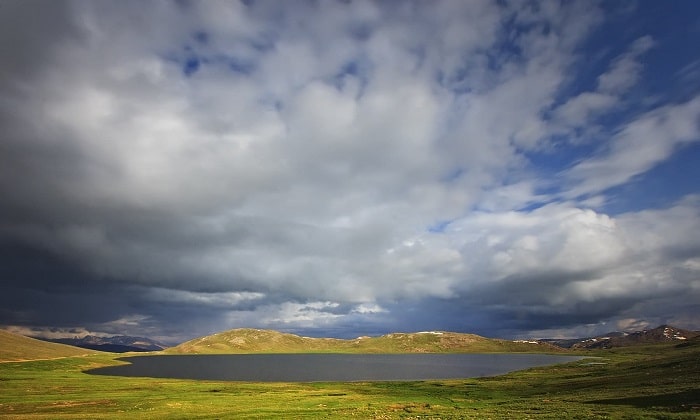 Yes, but not a single tree is found anywhere. Lake Chaucer is also a part of it. It is one of the highest lakes in the world, with its deep blue waters, snow-capped mountains, lush grass, and colorful flowers. 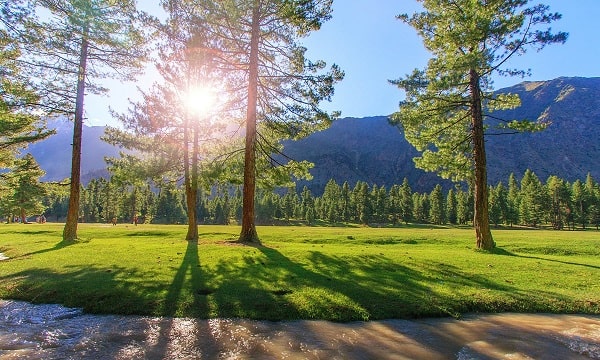 Eleven kilometers from Astor is the village of Rama, considered one of the most beautiful villages in the north. After the village is the beautiful plain of Rama which is called Rama Meadow.

Our blogger Syed Mehdi Bukhari has described this place in the words’ Working women working in the fields, and their colorful ankles swaying in the air, fragrant atmosphere, happy faces, swaying children, swinging trees, winding roads, Flowing water is the hallmark of Rama village. 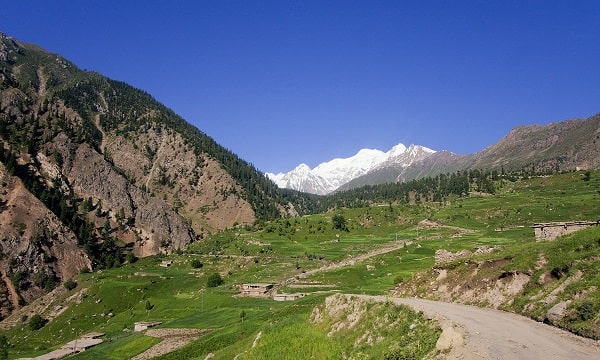 Similarly, if there is an open green field in front of you, there is cold ice milky water flowing in the form of drains in the field, sheep, cows are grazing in the field on the banks of the water, there are tall lush pine trees around, At the back of the field there is a pine forest on a hill slope and above it is the snow-capped peak of Chongra, with the peak is the southern wall of Nanga Parbat. If a large mirror reflects and kills everywhere, then you are definitely in Rama Meadow. 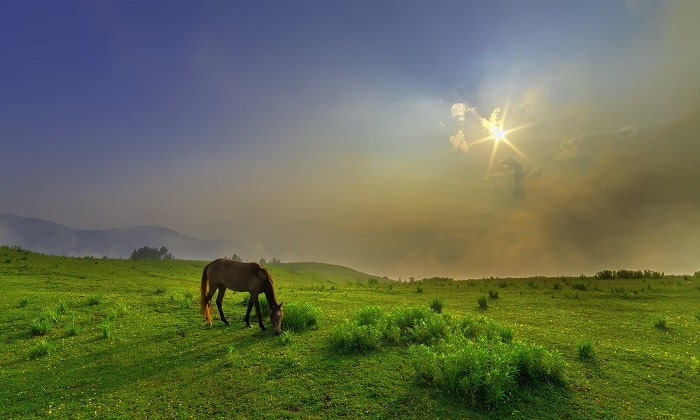 Above the Sugaran Valley, the vast expanse of lush foothills in the Hindu Kush Mountains attracts a large number of tourists. Often surrounded by fog and clouds, the place is enchanted by small water-filled pits, horse-drawn carriages, wildflowers, and a lush green spider’s web. Surrounded by spider peaks and Queen Mountain, the view of the lake can also be a memorable experience. 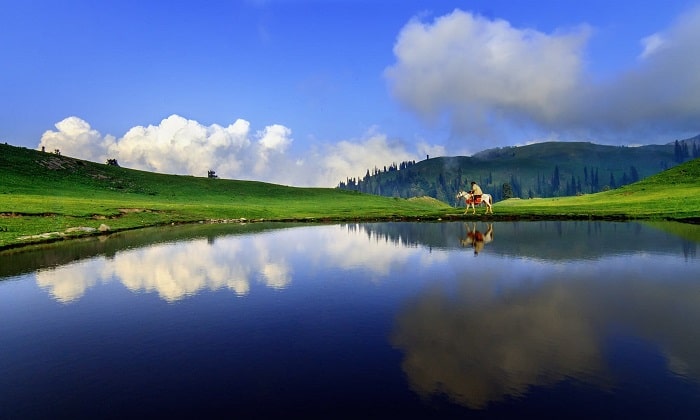 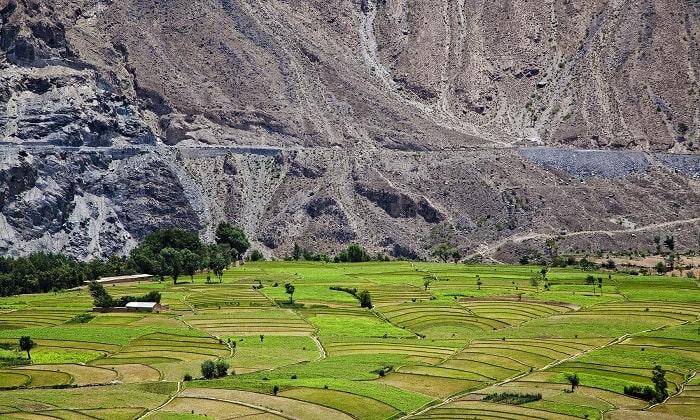 Avon is a village in Chitral District, located 12 km south of the city of Chitral at the confluence of the Bamburit River. There are no words to describe the beauty of this village surrounded by mountains. Similarly, Bamburit Valley is beyond Avon, one of the three valleys of Kalash. 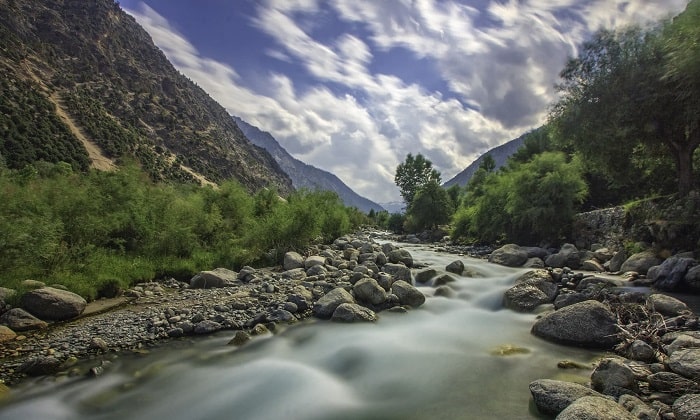 Bamburit can be reached in about two hours from Chitral. The Kalash locals consider themselves descendants of Alexander the Great and associate themselves with Greece. The Bamburit Valley is a very green and lush place but you can still feel the peace and tranquility here. 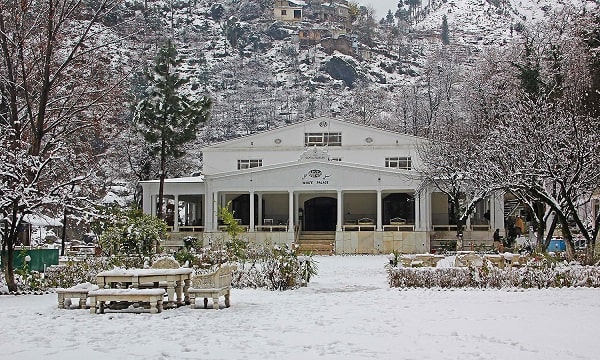 Marghzar is the only airspace in Swat district, about 12 km from the central city of Mingora. Tourists not only visit the meadow because of its natural beauty and mild weather, but also visit the White Palace (1941), a historical building from the Swat state. 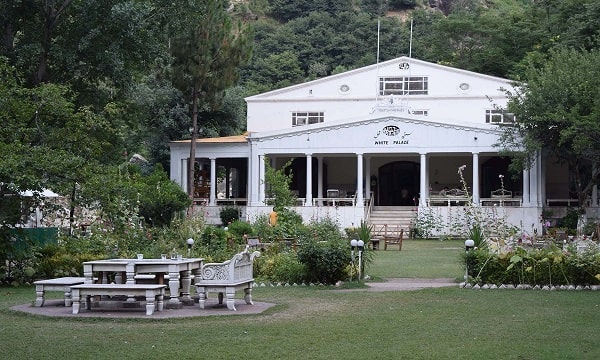 By the order of Mian Gul Abdul Wadud alias Badshah Sahib (1881-1971), the founder of the modern state of Swat, when the construction of the White Palace was completed in 1941, the area of ​​Marghzar became the summer capital of the state of Swat. Even today, seven decades later, the White Palace is a reference point. The beauty of this palace is worth seeing even after the snowfall in summer as well as in winter. 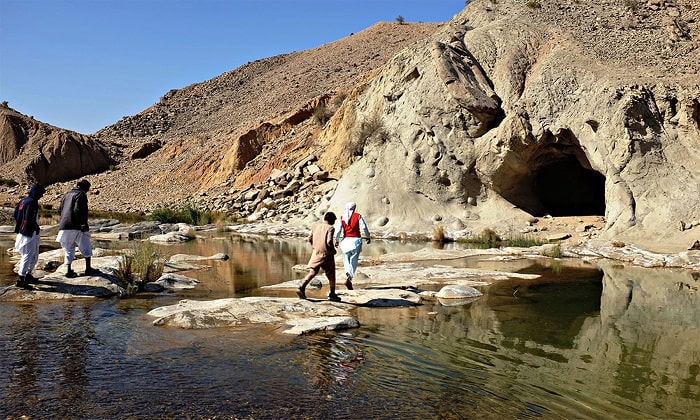 The history of this region is so rich that it is lost in the maze of time. And the tombs of the slaves (7112) are prominent. 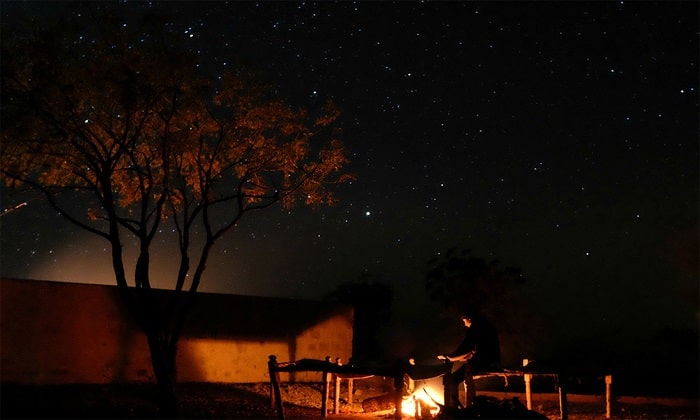 The 150-mile stretch is ideal for recreation due to its rivers, springs and historical sites, but unfortunately, the number of visitors is negligible. Local residents are eager to welcome tourists and want to improve the face of their area. 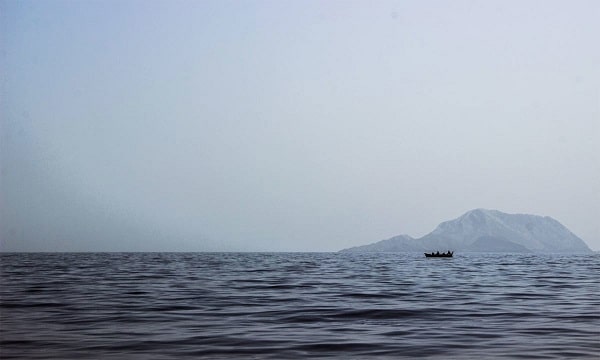 Mubarak Village is the second largest fishing village in Karachi, bordering Gadani (Balochistan). Away from the hustle and bustle of the city, this place greets you with unconditional love. As you approach the shore, you see boats anchored in crystal clear water. 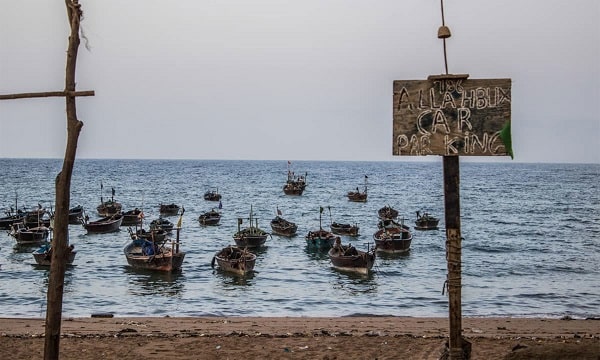 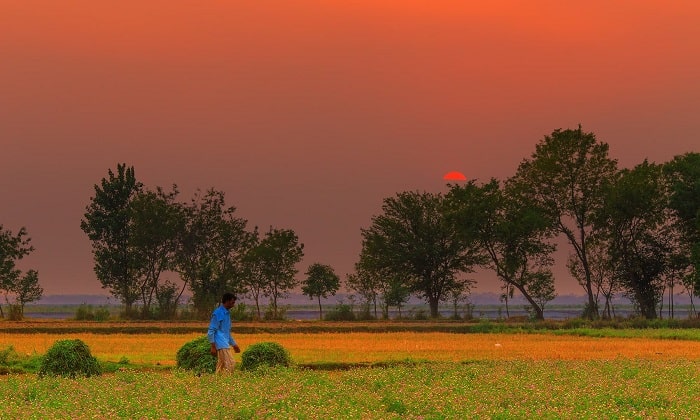 Allah Almighty has blessed the province of Punjab with innumerable blessings. Gold is flowing, lands are swaying, fields and colors are a gift of nature. When winter passes, the colors of spring begin to spread every hundred years.

At the end of winter, the trees and plants are covered with greenery again. 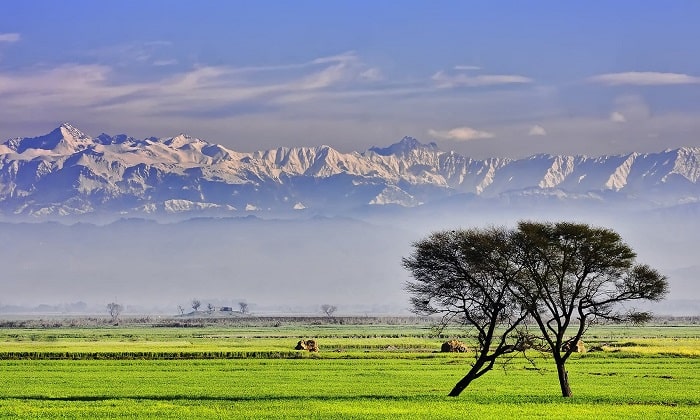 According to Syed Mehdi Bukhari, Sialkot, situated on the banks of the river Chenab, is known as the city of craftsmen. This is probably the effect of Chenab, in whose waters such nectar is mixed that the cities, settlements, villages along its land are ever fertile with the mind. Many intelligent people including Iqbal, Faiz Ahmed Faiz and Shivkumar Batalvi were born here. The Chenab River flows calmly at Marala, 20 km from the city. 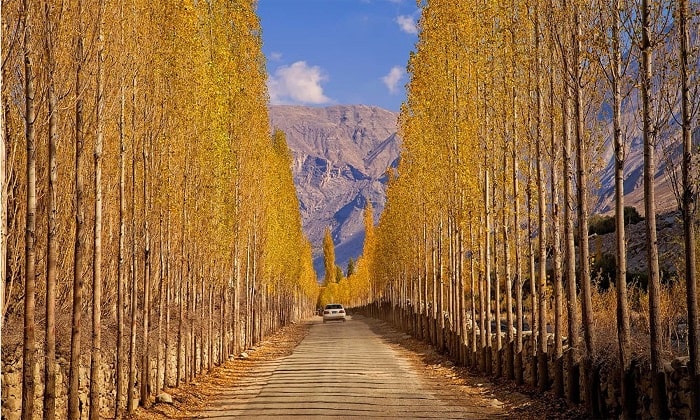 This land of rocky mountains, flowing blue waters, cascading waterfalls is rich in natural and human beauty. Ganchhe’s capital Khaplo is as beautiful as its name. Settled on the banks of the Shewak River, this population is as simple and pure today as it was centuries ago. 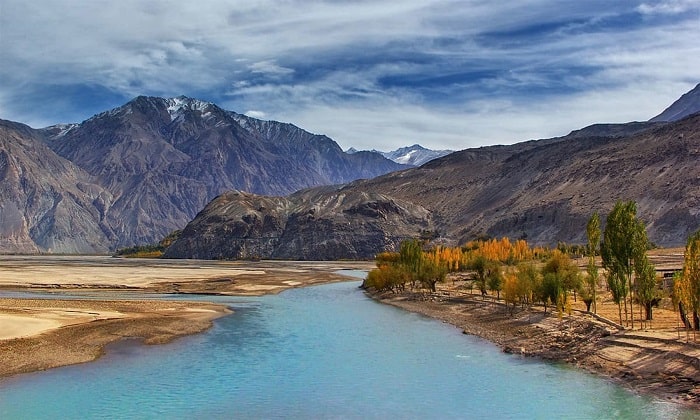 Leaving Khaplo, we proceed to the open field of the river Shewak on the same road, where the river spreads and flows in the form of drains in its vast pebble-filled field. From here you can see the top of Mash Brom Peak behind it. 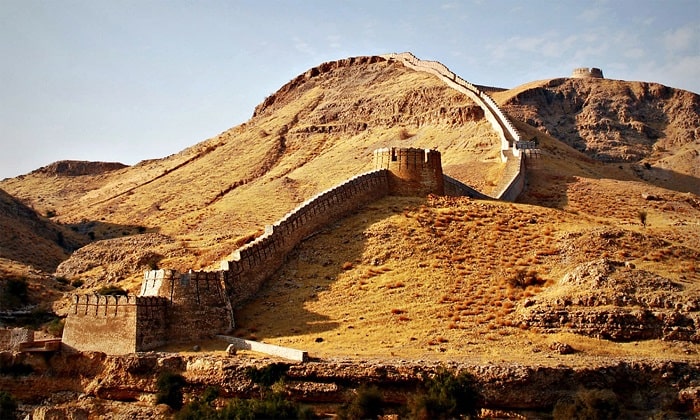 Covering an area of ​​26 km2, it is the largest fort in the world, but the authorities have failed to promote tourism here. The fort is easily accessible from Karachi and can be reached via the national highway. After leaving Karachi, travel to Dadu on the Indus Highway. 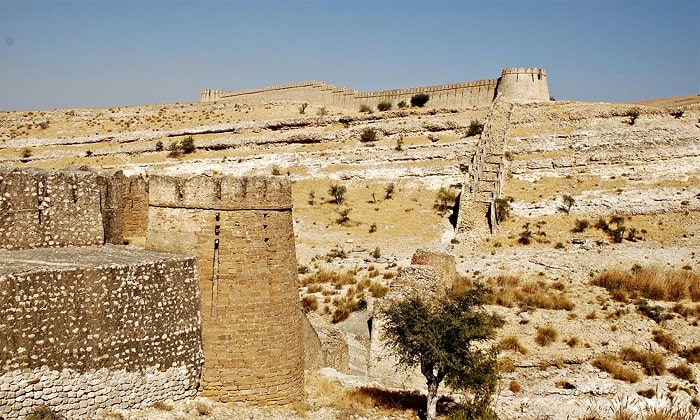 The road is in excellent condition and is an hour’s drive from the hometown of Sindhi nationalist GM Syed. Just beyond this town comes a crossroads, a rusty board announcing that Rani Kot is about thirty kilometers away. Even though the road is very bad, the distance is covered in 30 to 40 minutes. 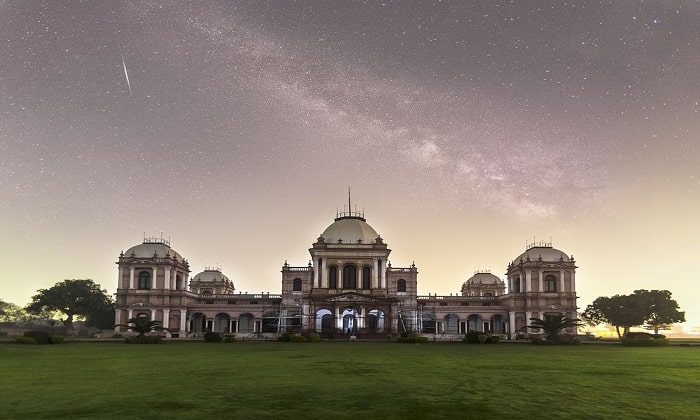 The former state of Bahawalpur in Punjab owns a treasure trove of historic buildings, monuments and gardens that you may never have heard of. The city is located on the left bank of the Sutlej River on the railway line from Peshawar to Karachi. 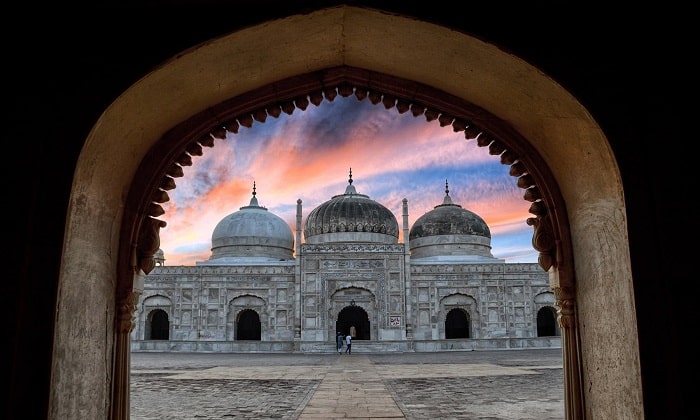 Snowfall and in Sindh? This may sound like a myth, but it is a place in Sindh province where it actually snows in winter. In 2008, all the hills here were covered with snow.

Gorakh Hill is a beautiful place at an altitude of 5688 feet above sea level and is part of the Kirthar Range which connects the western border of Sindh with Balochistan.