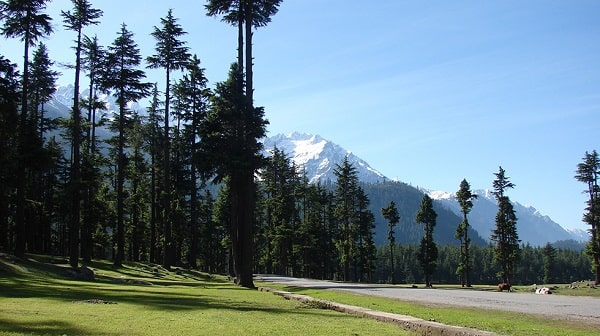 Malam Jabba is one of the most famous places in Swat, featuring a ski resort run by the Pakistan Tourism Development Corporation (PTDC). If you want to enjoy skiing in a very beautiful place, there is no better place in Pakistan.

The resort’s skiing slopes are among the highest in the world. There is also a chairlift, walking, jogging track and other facilities.

The resort was destroyed by the Taliban in June 2008, but was rebuilt in 2011 and is now fully operational. 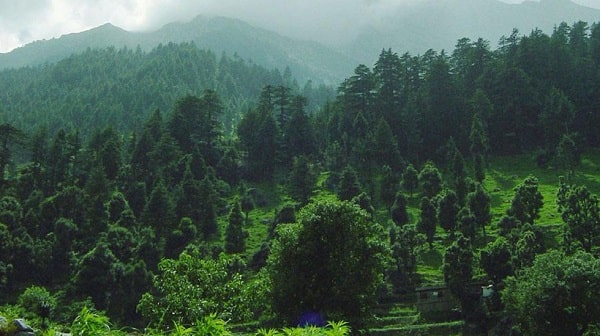 Miandam is a small area between Mingora and Kalam which is usually used as a resting place for long journeys. The best way to enjoy the scenery after a short rest is to take a walk.

Miandam has numerous waterfalls and waterfalls that add to the beauty of the area.

Located at a distance of 60 km from Mingora, Madeen is popular among tourists for its markets. From the bazaars here you can buy shawls, viscose, sweaters, Peshawari hats and other warm clothes.

Madeen is also famous for its cheap hotels. If you want to avoid the expensive hotels of Mingora, you can spend the night in Madinah and if you have not guided in Mingora, you can also book a guide from this place for your onward journey.

Bahrain, about an hour’s drive from Madinah, is the last major destination before Kalam. Tourists usually visit the markets here because of the wooden goods.

From Bahrain you can also buy traditional Swati wooden items including tables, clocks, spoons, chairs and decorating items to further decorate your drawing room. Like most parts of the Swat Valley, Bahrain is located on the banks of the Swat River.

The lake is uniquely named after the black rocks that, according to local legends, were blackened by an ‘explosion’ thousands of years ago and are still black today.

Before reaching Kalam, the lake provides an opportunity for tourists to relax after a long journey and after spending some time here, you can proceed. There are also some hotels where you can find trout fish, frying pans and other food.

The beautiful journey that starts from Mingora ends at Kalam. About 100 km from Mingora, Kalam serves as a base for access to other tourist destinations such as lakes, lush mountains, waterfalls and lush green plains. In the Kalam Valley, the Osho River and the Atar River join the Swat River.

Another reason for the fame of Kalam is Mittaltan where Flexir, one of the highest mountains of Pakistan is also located. It is also a popular tourist destination with glaciers in every part of the year.

Osho, three kilometers from Kalam, is famous for its waterfalls. Even when it is getting very hot all over the country, this area is showing a picture of extreme cold. Many areas of Osho are covered with snow all year round and the most famous tourist destination is Lake Maudand. Due to lack of proper roads, only jeeps can be used.

The Mahoodand Valley is located north of Kalam, which is not only popular with tourists but also the answer to the trout. Due to the difficult roads, it takes a four-by-four vehicle to reach this place, but the road of this valley is the real beauty that will draw you to this area again and again. This is the valley from which the Swat River originates.

The fairy lake got its name from the stories that fairies sleep and bathe here at night (especially on winter nights) and it is because of them that the lake is so clear.

The initial journey to the lake begins by jeep, but most of the way is on foot, which is both difficult and dangerous. However, these two difficulties are worth enduring in the face of the beauty here.

The same route used to reach this lake is also used for Lake Kandal, so it is better to enjoy the views of both lakes on the same day. Due to the long distance and difficult route, it is better to start the journey early in the morning.

There are several lakes in Swat, but the most beautiful of all is Lake Kandol.

This lake is located in the north of Ataroor, which you have to go through a lot of physical exertion to reach, but the views along the way will definitely encourage you.

To reach the lake, you have to book a four-by-four car from the first column, which will take you to Ludo in about two hours, but you will have to travel on foot.

The beauty of this lake, nestled among the icy mountains all around, stays in your mind for a lifetime.