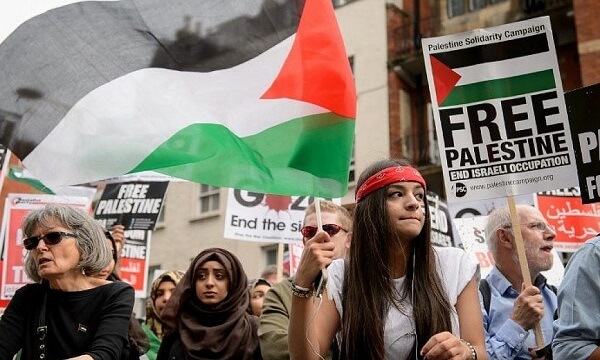 A Palestinian man released from prison 20 years later was recaptured by the Israeli army a few hours later.

A video that went viral on social media shows Majid Berber, who was released from Israeli captivity 20 years later, receiving a warm welcome.

Majid Berber’s wife greeted her husband like a bride and ran to hug him as soon as she saw him. On this occasion, the happiness of the family and other relatives was also to be seen.

“Fatmeh [my wife] means the world to me. She is [my] home. She was able to give our children[unconditionally] for 20 years. This is the greatness of the Palestinian woman”

The Palestinian man’s daughter was also happily married, who was only 15 days old when her father was imprisoned.

The video of the Palestinian family expressing their unconditional joy on this occasion went viral all over the world and many people were heartbroken to see it.

However, the Israeli army did not like the happiness of Majed Berber’s family and raided his house a few hours later and arrested him again.

Majid Berberko was sentenced in 2001 to 20 years in prison for resisting Israeli troops.

This cruel and inhumane behavior of the occupying Israeli army has drawn sharp criticism from social media users around the world.