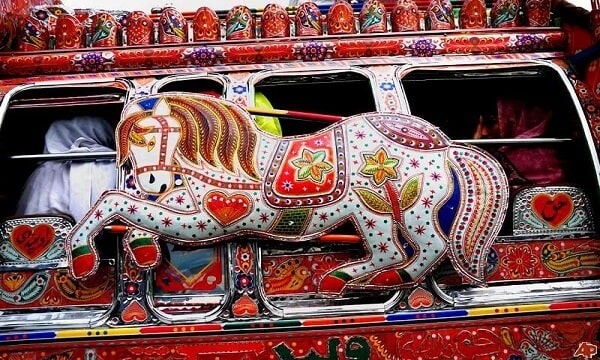 There are rumors of truck-like cars on the roads of Punjab these days.

The car has a safeguard of the truck, Pakistan flag on the bonnet and Diggy, cultural models of Punjab including F-16 model and various stickers.

Everybody’s eyes are fixed on the car on which this car passes, where it stops, there is a crowd of citizens.

The vehicle belongs to Ghulam Abbas, a resident of Mandi Bahauddin, who works as a mobile repairman in Gujranwala, but before that, he was a truck driver.

When Ghulam Abbas bought the car, he wanted to make it look like a truck.

Ghulam Abbas was offered several times a large sum of money to sell the car but he refused to do so.