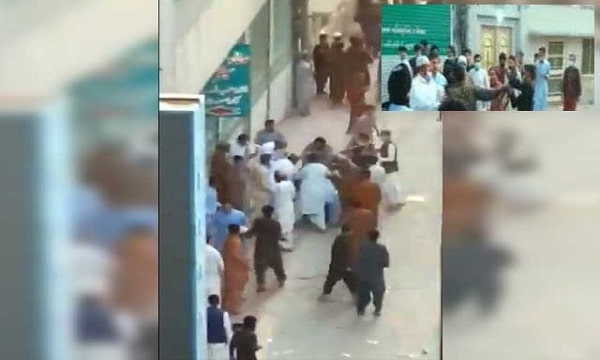 Traders and levies fight/clashed over the closure of a shopping plaza in Quetta and three people were injured in the firing.

An action was taken to close shops in the city along with the Levies personnel of Assistant Commissioner Quetta. A quarrel broke out between the traders and Levies personnel over the closure of the shopping plaza.

According to DC Quetta, an attempt was made to snatch weapons from the personnel, who opened fire in self-defense, but further investigations are underway.