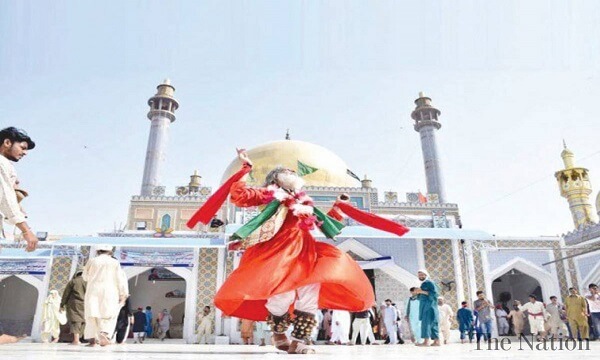 Clashes broke out between angry pilgrims and police, who broke down the gate of the shrine’s entry point. Several motorcycles and vehicles were set on fire. Rangers took control of the shrine and its environs.

When pilgrims from all over the country reached Dargah Lal Shahbaz Qalandar, they heard the cancellation of the celebrations and shouted at the police, and tried to enter the shrine.

Meanwhile, clashes broke out between police and pilgrims, and angry protesters smashed the security entry point gate of the shrine.

When a heavy contingent of police took control of the shrine, the pilgrims broke into the shrine and set fire to several motorcycles.

The SSP said that the pilgrims are adamant that they should be allowed to visit the shrine. Due to the third wave of coronavirus, the shrines of Sindh including Lal Shahbaz Qalandar are closed. They are trying to convince the pilgrims.

Visitors say they are unaware of the shrine’s closure.