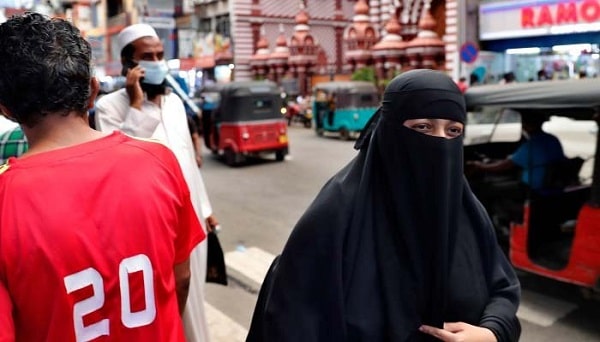 According to foreign media, the Sri Lankan government is citing national security as the basis for banning the burqa, and the cabinet has approved a proposal to ban the burqa, including the hijab for Muslim women.

According to media reports, Sri Lanka’s cabinet approved the proposal despite the United Nations declaring it a violation of international law.

Sri Lanka’s public security minister has proposed a ban on the burqa, which will be sent to the attorney general after approval, with parliamentary approval required to become law.

Foreign media say that due to the majority of the government in the parliament, the law banning the burqa will be passed easily after the approval of the cabinet.

https://t.co/BjrnFSoesO
The likely ban on Niqab #SriLanka will only serve as injury to the feelings of ordinary Sri Lankan Muslims and Muslims across the globe. At today’s economically difficult time due to Pandemic and other image related challenges faced by the country

Media reports say the burqa was temporarily banned in Sri Lanka after the 2019 Easter suicide bombing, which killed 260 people.

In this regard, Saad Khattak, Pakistan’s ambassador to Sri Lanka, shared the news of the ban on the burqa on Twitter last month, saying it would hurt the feelings of Muslims.