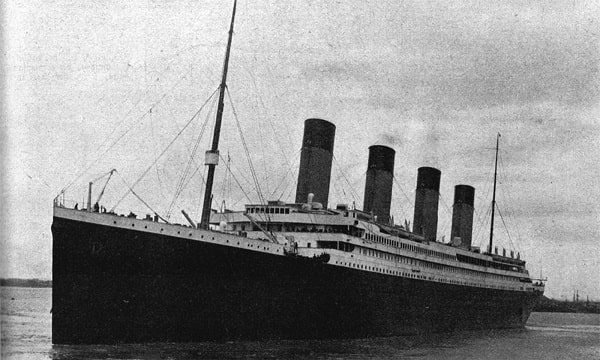 The ship was named the most luxurious and safest ship of all time, and never sank, but more than one and a half thousand people died.

This is information that most people know, but do you know when the wreckage of the Titanic was discovered in the depths of the Atlantic?

Unbelievable, but despite the world’s most famous accident, it took decades to find the wreckage of this ship, even at a time when it was thought that it would never be discovered.

In fact, the story of the discovery of the Titanic is no less interesting and the fact that it was not a scientific endeavor but the result of a secret American operation.

Yes, the secret mission to discover 2 nuclear submarines sinking in the depths of the sealed to the arrival of the Titanic.

And in 1985, more than 73 years after the sinking of this famous ship, a team led by US Navy official and naval scientist Robert Ballard found it.

People have been searching for him since the sinking of the ship in 1912, and they have made every effort to reach the bodies of their loved ones or the objects on board.

From electromagnets to nylon balloons were used, but everyone faced the same problem and that was that no one knew where the ship was.

It is said that at the point where the Titanic crashed into an avalanche and called for help, it slipped miles away and adventurers had to explore hundreds of miles. 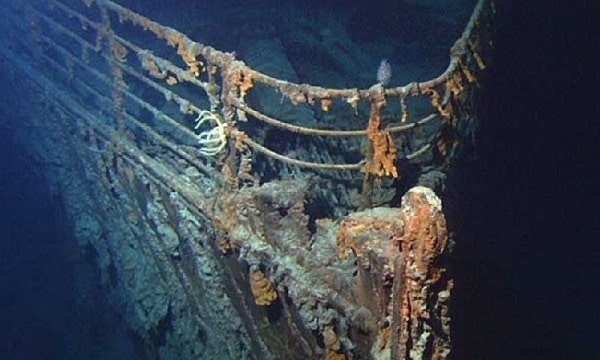 Numerous missions set out to search for the Titanic’s tomb, including one led by Robert Ballard in 1977, but all failed.

Robert Ballard, then Commander of the US Navy, was a scientist at the National Geographic and Woodhole Ocean Graphic Institutions, and his dream was to find the Titanic.

But once the campaign failed, it seemed that his dream would not come true and he had been trying for another campaign since the early 1980s.

Robert Ballard developed an unmanned camera slider that could be attached to any ship at sea level and sent up to 20,000 feet deep.

They wanted to find the Titanic with its help, but the US Navy was interested in using the technology to find two nuclear submarines, the USS Scorpion and the Thrasher, which were lost in the depths of the Atlantic in the 1960s.

The two sides agreed that if Robert successfully located the two submarines, they would be able to search for the Titanic during the remaining time of the expedition.

As the Cold War between the United States and the Soviet Union was raging at the time, the operation was kept secret and presented to the world as a mission to find the Titanic, although the real mission was to search for submarines.

Robert Ballard was introduced to the world as an oceanographer instead of the commander of the US Navy, and the secret of this mission came to light in the 2000s when secret military documents became public. 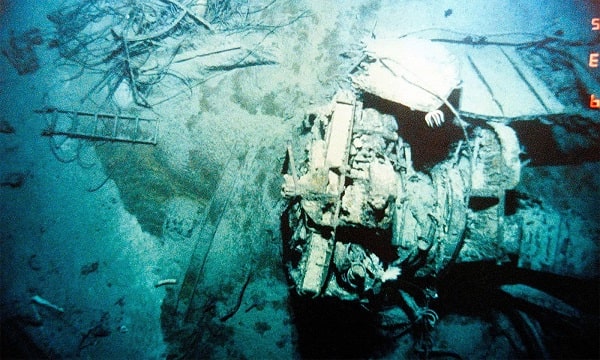 Robert Ballard began searching for the Thrasher submarine in the summer of 1984, and the following year his team reunited in the Atlantic to search for Scorpion wreckage.

Robert Ballard knew that the Navy’s mission would not give him much time to search for the Titanic, so he partnered with the French Research Institute of Explanation of DC.

In July 1985, a French reconnaissance ship began exploring the area where the Titanic was believed to have sunk.

For this mission, the side-scan sonar system was attached to the ship, which was intended to locate large metal objects in the seabed.

But after 5 weeks of searching, the mission did not succeed and this modern sonar system also failed to provide any specific clues.

The search for the Titanic then went to Robert Ballard and his crew, who completed the Scorpion survey.

But Robert Ballard had only 12 days left to search for the Titanic, but he had a new search technique in mind.

While photographing American submarines, they discovered that tidal currents accompany tiny particles of a shipwreck when they fall to the surface, forming a long chain of wreckage.

With that in mind, he had to use his technology to test this long line of debris at the bottom of the Titanic’s structure. Once that line was found, it would be easier to find the ship.

The new method provided an opportunity to expand the search area, and their technology-based device, Argo, would be advanced to the seabed to monitor live video feeds from onboard cameras.

7 people were looking at this data and it was done 24 hours a day.

The procedure worked, and after a week of searching, it was night on September 1, 1985, when Robert Ballard was lying in bed thinking that he would have to give up his dream after a while.

At that moment, the cook of his plane came and said that he was being called by the on-duty team.

There was a metal object in the live video feed that was a Titanic boiler, which made the staff happy and they were ready to celebrate.

But then Robert Ballard realized that it was 2:20 pm when the Titanic sank and killed more than 1,500 people. 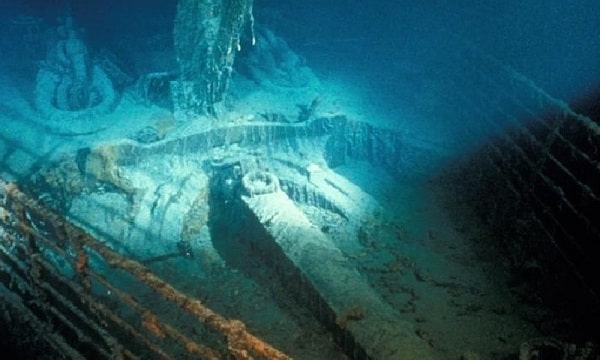 According to Robert Ballard, “Suddenly we realized we shouldn’t dance at anyone’s grave.”

“We had mixed feelings at the time, one was the feeling that we had succeeded and the plane was found, but it was also a feeling of fear,” he wrote in a post. I could see the Titanic sinking to my nose, surrounded by the shadows of lifeboats and the screams of people.

“As it was thought for a long time, the Titanic was split into two when it sank. The front was surprisingly fine, while the rear was more damaged. It was 400 meters away,” he said.

The team, with the help of Argo and Angus, took pictures of the Titanic, including the part where the crew first saw the avalanche.

Several parts were in disrepair, with broken utensils, pieces of furniture, and other items visible, while marine carnivores had swallowed human remains, with only their leather shoes visible as a sign.

Four days after the discovery of the Titanic, stormy weather forced the research team to leave, and dozens of scientists later examined the site.

Robert Ballard also visited the site in the summer of 1986, this time in a manned submarine.

Robert Ballard is an active member of the campaign against the removal of the Titanic, saying that the ship is now 13,000 feet below sea level where there is no life, he is a quiet mother, and It is a suitable place for the rest of a major ocean tragedy, which has to be there forever.