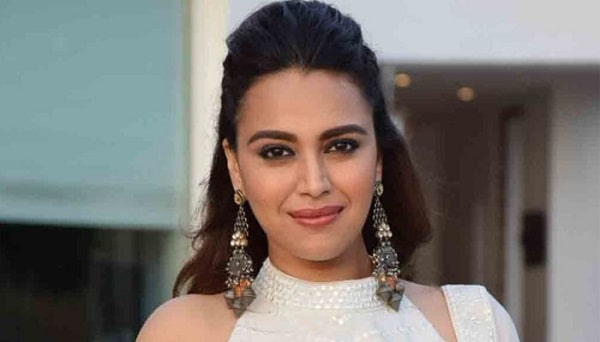 Bollywood actress Swara Bhaskar, who has always raised her voice against atrocities against humanity, has silenced Indians by making a statement against Israel.

Bollywood actress Swara Bhaskar, who has spoken out in favor of the Palestinians, victims of the Israeli occupation’s terrorism, posted a message against Israel on the social networking site Twitter yesterday, which angered Indians.

Dear Israel.. If the Indian right wing is supporting you.. you know you are doing something wrong! Damn wrong. 😬😬😬#IndiaWithIsrael #FreePalestine

Addressing Israel in his tweet, Swara Bhaskar wrote, “If those in India who support the Hindutva (India Right Wing) slogan are supporting you, then you know that what you are doing to the Palestinians is wrong. ‘

The Bollywood actress wrote that “not only wrong but very wrong.”

He also used the hashtag FreePalestine in his tweets.

After this message of Swara Bhaskar, he is being severely criticized by the Indians.

The Bollywood actress shared a screenshot of Twitter’s top trends in India on her Twitter account, which also included the actress’s name.

Looks like I got me a new set of trolls.. or maybe it’s the same old ones this time in service of an apartheid fascist agenda in #Israel .. आप सबको वनक्कम🙏🏽🙏🏽🙏🏽 pic.twitter.com/lJyPKpUyaJ

“A new wave of trolls from Indians has started,” he wrote sarcastically.

It should be noted that the Israeli army brutally bombed Gaza, as a result of which many Palestinians have been martyred.