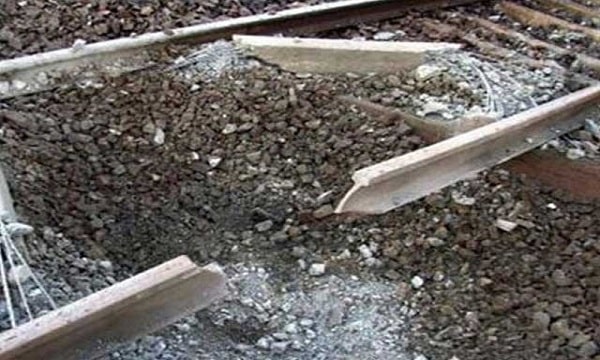 Nowshero Feroze: Attempts by terrorists to target the Green Line Express by planting explosives on the railway track in Padaidan failed.

According to Quora News, between Wednesday and Thursday night, an explosion took place on the railway track near Bacha Shah Dargah between Pad Aidan and Bharia Road in Nowshero Feroze town just as the Green Line Express was about to pass.

SHO of Ped Aidan Police station said the bomb destroyed a 4-foot section of the railway track, which was partially restored after a seven-hour operation. According to the preliminary investigation, the incident appears to be a cracker attack and was aimed at spreading terror among the people.