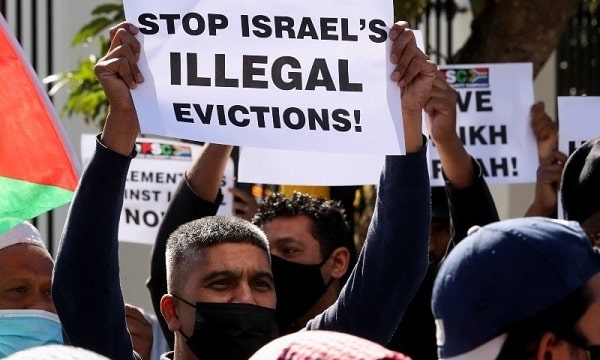 Instagram and Twitter say that posts about the possible evacuation of Palestinians from occupied Jerusalem as a result of a technical glitch.

According to Reuters news agency, despite the claims of social media platforms, the human rights group has expressed concern that the ‘discriminatory’ algorithm is working, which requires more transparency.

Palestinian land in Sheikh Jarrah has been seized by Jewish settlers, after which Palestinians protested on social media, saying they were being evicted.

During the protests, large numbers of Palestinians claimed that their posts, photos or videos had been removed from social media platforms Instagram and Twitter, or that their accounts had been blocked last week.

The legal issue of evicting Palestinians from their homes in Sheikh Jarrah has been going on for some time, but the situation, in this case, has recently become tense when hundreds of Palestinians were attacked by Israeli police on Monday.

As of Monday, the non-profit social media-focused non-profit organization has received more than 200 complaints about Sheikh Jarrah’s deletion of posts or suspension of accounts.

Instagram and Twitter have clarified that the accounts were accidentally suspended by our automated systems and this issue has been resolved while the content has also been restored.

Instagram said in a statement that an automatic update last week caused content shared by several users to disappear, affecting posts by locals in Sheikh Jarrah, Colombia, the United States and Canada.

“We regret that this happened, especially to those who were concerned about Colombia, Occupied Jerusalem and various other communities and who believe that their voices were deliberately suppressed, but not ours,” Instagram said. There was no such intention.

But various digital rights organizations, including 7Amla, called on Twitter and Instagram to adopt policies of transparency and coherent moderation.

“The problem is not solved, we demand an explanation for this censorship and now the flaws in the automated system will not be accepted as an excuse,” he told Reuters.

One of the victims is Hind Khadri, a 25-year-old Palestinian journalist living in Turkey who observed last Thursday that his Instagram archives were not loading any posts about Sheikh Jarreh.

“I restarted my phone and my Wi-Fi, but to no avail and Instagram was very slow,” said Hind Khudri.

By Friday afternoon, some of his posts had been restored, but others were still missing.

Some affected users received messages from Instagram about ‘violations of community norms.

Jillian York, director of international freedom of expression at the Electronic Frontier Foundation, said companies do not pay much attention to cultural contexts such as Palestine, where profits are fundamentally low, so they have moderated and automated content in large markets Put a lot of effort into making it effective.