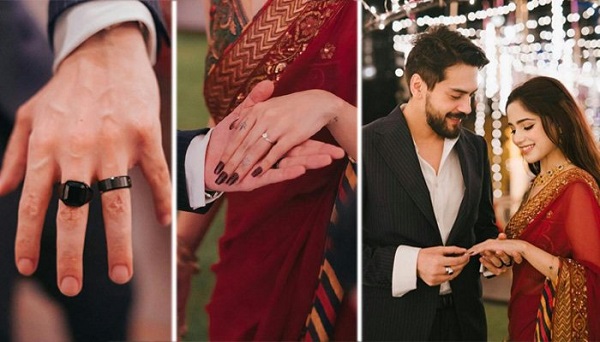 Quora News: Images and videos of the engagement ceremony of Imam and Shahbaz are going viral on social media in which it can be seen that the singer is wearing a red and green sari.

Showbiz personalities, including fans, continue to congratulate the couple on their engagement and best wishes for the couple’s future.

Singer Aima Baig and actor Shahbaz Shugri formally got engaged four months after their individual engagement in the presence of their families.

The couple announced their engagement on March 20 this year via Instagram posts and shared photos with the rings.

After an individual engagement in March, it was thought that the two would now get married, but the couple formally got engaged in the presence of family before the marriage began.

According to videos and photos shared by Wedding Shading, the company that organizes the engagement party, the engagement ceremony took place in the capital Islamabad.

In addition to their families, well-known showbiz personalities can also be seen at the engagement ceremony.

It may be recalled that earlier in March this year, singer Aima Baig shared a picture of her hand on Instagram in which she was wearing a ring. I was tagged.

On this post of Imam, many people had congratulated him on his engagement.

On the other hand, at the Hum Style Awards ceremony earlier this month, the two announced that they would tie the knot by the end of this year.

Picture writing company ‘Paktarwazah‘ also shared videos and photos of their engagement, in which both can be seen happy.

Photos and videos of the couple’s engagement went viral and their fans, including showbiz personalities, congratulated them. 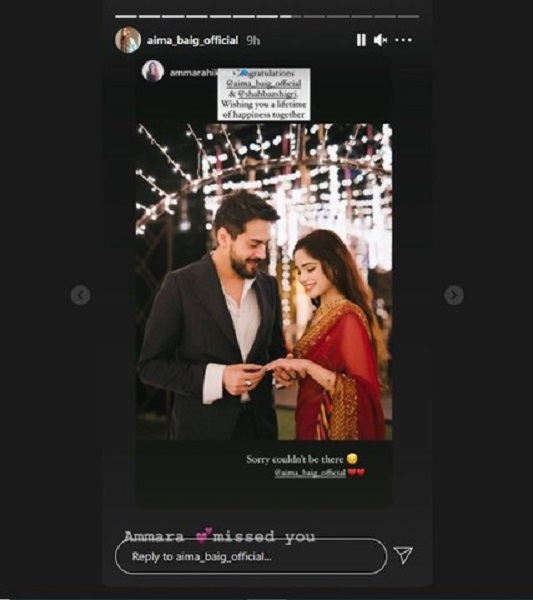 Videos and photos of the engagement ceremony of the two were shared on the third day of Eid-ul-Adha on July 23 and on the same day Aima Baig’s Punjabi romantic song ‘Na Chheer Malangan Nu’ with Farhan Saeed was also released.

It is not clear when the two were engaged, but videos and photos of the ceremony were shared from Islamabad on July 23.

It is thought the couple may be engaged by the end of this year or early next year, after a formal engagement with the consent of the family.