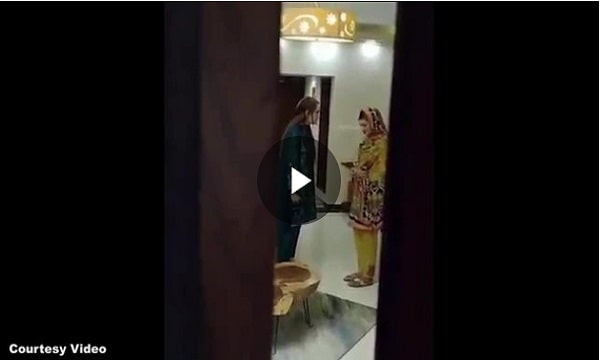 A video of Nadia Hussain is going viral on various social media platforms in which Nadia can be seen shouting at a maid with her hands tied and not switching off and being happy on her mobile.

In the video, Nadia can be heard saying to the maid in an angry tone that you have been told to turn off the main switch whenever there is an electric shock, but you do not know what is in your mind in this mobile.

Later, Nadia Hussain scolded the maid and said, “Get out of here and you will pay the bill.”

After Nadia Hussain’s video went viral, the actress is being criticized by social media users and while sharing this video of Nadia on various platforms, an apology has also come out from her.

So far no explanation has been given by the actress in this regard nor is it clear whether the video was shot for a drama or in fact this is the attitude of the actress towards the employees.

On the other hand, it is not clear when and by whom this video was made.