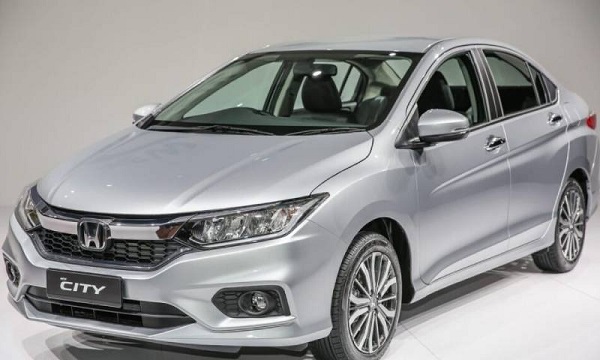 Since the launch of the 6th Generation City, competition from city car rivals Toyota Yaris and Changan Elson has become more interesting.

Bookings for the new car had been going on since May, before the car was introduced, and several people had booked it.

The new Honda City has been introduced in 5 versions, all versions have a SOHCI-VTech 4-cylinder 16-valve engine.

The 2 manual versions of the new Honda City (1200cc and 1500cc) have 5-speed manual transmissions while the other 3 have CVT transmissions.

Advanced bulb lights have been added to the rear lights of this new model of Honda City, while fog lamps (bulbs) are optional in the first 3 versions while in the other 2.

All versions of the new Honda City model feature a 15-inch steel wheel as a spare tire.

The first 3 versions of the 6th generation Honda City do not have push-start, auto air conditioner and rear AC vents while the other 2 have these options.Honda city 7th generation is also available in Pakistan Now.

All five versions of the new model are available in ivory interior color while they also have the option of adjusting the driver’s seat height.

In 2 versions the side view mirrors are auto + electric while in the other 3 only electric.

For infotainment, the first 3 versions have a 7-inch screen while the other 2 have a 9-inch screen.

All five versions have ABS + EBD, dual airbags and auto door lock under safety features, as well as disc brakes on the front and drum brakes on the rear.Honda city 7th generation is also available in Pakistan Now.

Only the 1200 cc manual does not have the cruise control feature while in others the company has introduced this option.

The rear camera is optional in the first 3 versions while the other 2 are available.Honda city 7th generation is also available in Pakistan Now.