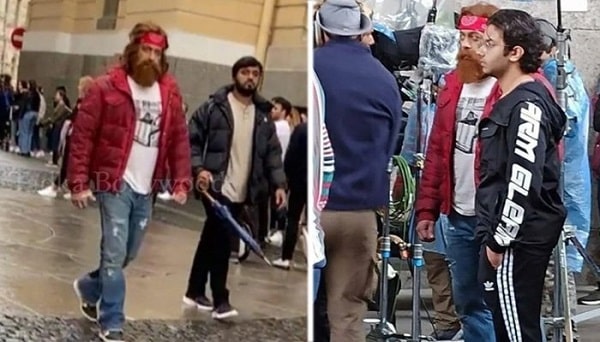 In Bollywood, some pictures of Bhai, Dabangg Khan and superstar Salman Khan, who is called by many other names, have come to light.

According to Indian media reports, Salman Khan is currently shooting his film Tiger 3 in Russia with actress Katrina Kaif.

On social media, some pictures taken from the actor’s set have surfaced in which it can be seen that the actor has completely changed his look.

The report states that Salman Khan is playing the role of an agent in the film due to which he has changed such a costume to suit his role.

On the other hand, in one picture, Salman Khan is accompanied by his nephew and filmmaker and actor Sohail Khan’s son Nirwan.

Remember that Salman Khan and Katrina Kaif’s upcoming film Tiger 3 is a sequel to the previous films ‘Ek Tha Tiger’ and ‘Tiger is Alive’.