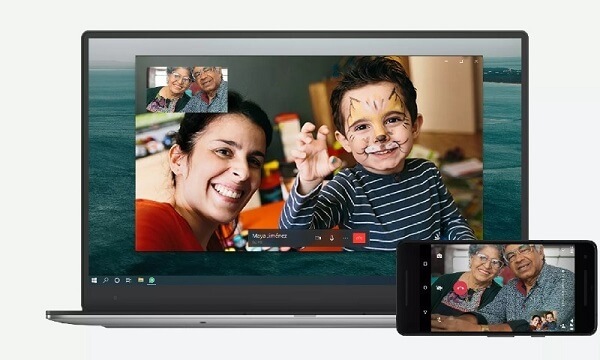 This feature will be limited to one-on-one calls, but Facebook-owned apps will soon add group calls.

Desktop calls will work in both portrait and landscape modes.

The call option in the desktop app will be in a resizable standalone window, which will be at the top so as not to get lost in open windows.

The company said in a blog post that if all calls on WhatsApp are end-to-end encrypted, the company cannot hear or see the calls.

The blog also said that a maximum of 1.4 billion voice and video calls were made in a single day on the occasion of the New Year, in view of which this new addition is being made.

According to the blog, making calls on the big screen makes it easier to work with colleagues, see family in a better way, or talk while moving around the room.

This feature has been in the works for a long time and was introduced in beta in early 2021.

This feature will be very helpful for users who use the web version of WhatsApp more.

In January, the desktop and web versions of WhatsApp also introduced the feature of logging in with fingerprint or face lock.

The smartphone just needs to have a fingerprint scanner or face lock.

This new biometric authentication feature will be active by default and will not work when the user has switched off the fee or fingerprint unlock in the phone completely.