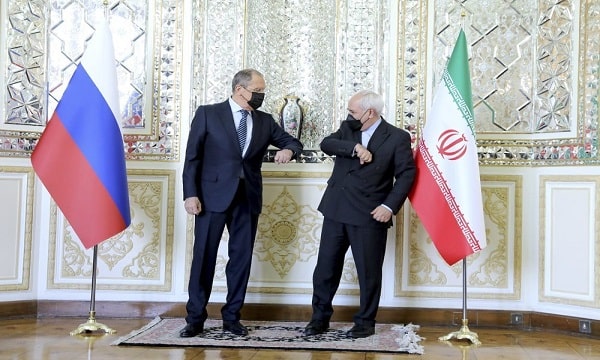 Iranian Foreign Minister Jawad Zarif has said that Israel made a “grave mistake” by attacking the Natanz nuclear facility, which would strengthen Tehran’s talks on restoring the 2015 nuclear deal.

It should be noted that Iran had blamed Israel for sabotaging its key nuclear facility, Natanz, which had damaged uranium enrichment centrifuges, and Iran had vowed to retaliate.

According to the British news agency Reuters, Iranian Foreign Minister Jawad Zarif told a joint press conference with his Russian counterpart in Tehran that “if Israel thinks that this attack will weaken Iran in the nuclear talks.” Israel made a big mistake.

“It will strengthen our position,” he said.

“The United States should know that neither sanctions nor sabotage will be a means of negotiation and that they will only make the situation difficult for themselves,” Zarif said.

The White House said in a statement that the United States had not been involved in Sunday’s attack and had not raised any concerns about the motive for the attack.

On Monday, a spokesman for Iran’s foreign ministry acknowledged that Iran’s first-generation uranium enrichment workhorse IR-1 centrifuges had been damaged in the attack, but did not elaborate.

On the other hand, a former head of the Revolutionary Guards had said that the attack had set the site on fire and also demanded better security in Natanz.

Jawad Zarif had warned in a separate statement that Natanz would be rebuilt with more modern machines.

Jawad Zarif said, “The Zionists want to take revenge on our progress towards lifting the sanctions. They have openly said that they will not allow us to do it but we will take our revenge on the Zionists.”

It is to be noted that not many details have come to light about the incident that took place on Sunday morning at this nuclear facility which was initially declared as blackout due to the power supply grid to this place.

Earlier, Iranian officials called the incident “nuclear terrorism” and said Tehran had the right to take action against the attackers.

The 2015 nuclear deal allowed Iran to enrich uranium in a plant with only 5,060 IR-1 machines, but Iran began enriching Natanz with advanced centrifuges, including IR-2M. Kept

The incident comes at a time when Iran and the United States are making diplomatic efforts to restore the 2015 nuclear deal with world powers, which Israel opposes.

Despite strong opposition from Israel, US President Joe Biden’s government wants to rejoin the agreement on Iran’s full compliance with the ban on nuclear fuel, which former President Donald Trump withdrew from the United States.