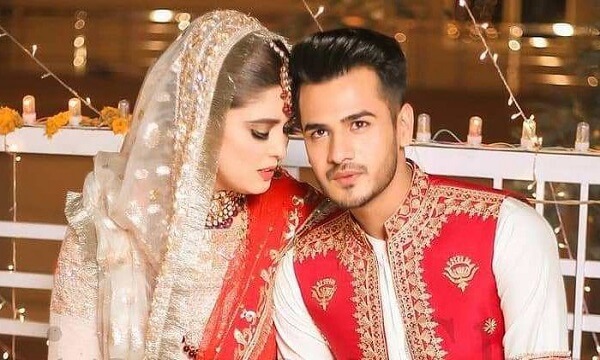 The video of the marriage of Pakistani talk stars Kanwal Aftab and Zulqarnain has gone viral on social media which is being well received by the fans.

Earlier, several photos and videos of their wedding ceremony went viral on social media platforms, which were well received by their fans.

A beautiful video of last night’s wedding of Kanwal Aftab and Zulqarnain Sikandar is currently going viral on Facebook, Instagram, and Tik Tak, which fans are not happy to see.

In the videos and photos of Kanwal Aftab and Zulqarnain, it can be seen that both of them have chosen cream-colored dresses for their wedding.

Lots of congratulations and best wishes for the future of both of them are being expressed on social media by both the fans.

Earlier, Kanwal Aftab had shared photos of his mother and Mahinda ceremony in the story of his official Instagram account.