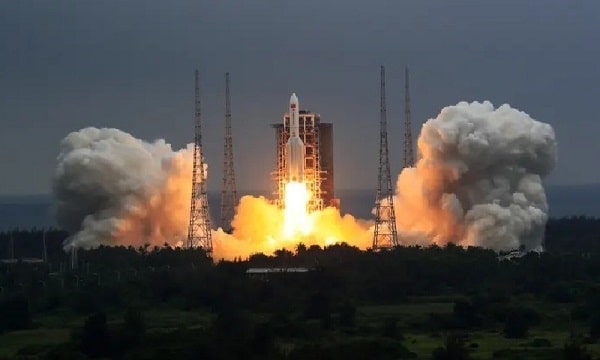 The wreckage of a large space rocket that went out of China’s control fell into the Indian Ocean.

According to the China Space Agency, pieces of the Long March 5B entered the Earth’s atmosphere at 10:24 a.m. local time on Sunday and fell into the sea at 72.47 degrees east longitude and 2.65 latitudes.

The rocket was launched on April 29 to send the first part of space to China’s new space station and was left unmanaged in space after the mission’s success.

The Chinese Foreign Ministry said on May 7 that the rocket debris was unlikely to cause any damage as most of it would burn to ashes as it entered the ground.

According to Harvard University expert Jonathan McDowell, the Long March 5B incident could make such rockets free.

He said the rockets used by China for the space station could be launched in the same way once the missions are completed.

“Now we can say that Long March was a design feature for 5B,” he said.

It should be noted that the Chinese space station is expected to be fully operational by 2022 and before that more parts of the space station will be assembled by sending 10 missions into Earth orbit.

Once completed, the Chinese space station will remain in low-Earth orbit for 15 years.

By the end of 2022, the T-shaped space station will weigh 66 tons, which is smaller than the current International Space Station.