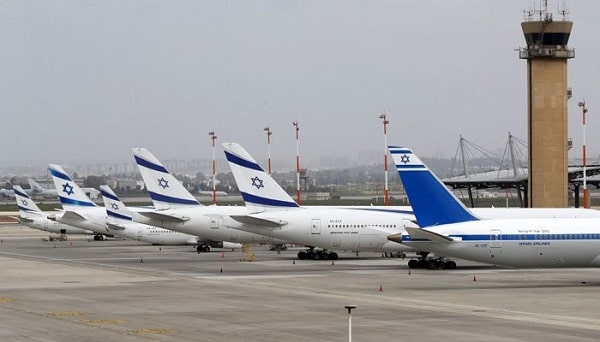 As a result of Israel’s war frenzy and terrorist-style airstrikes, flights to Tel Aviv International Airport have been reduced by 15 percent.

85% of daily flights are being canceled. According to airport records, despite the coronavirus restrictions, more than 100 daily flights have been operated daily from Tel Aviv’s Ben Gurion International Airport in recent days, but international traffic has been disrupted due to rocket fire from Tel Aviv and Israeli airstrikes on Gaza. Not turning to Israel.

According to sources, the only Israeli public and private airlines are resuming airport operations, which are also closed during the attacks.

Between 70 and 90 daily flights from the airport are being canceled. According to airport records, 89 flights were canceled on May 17 from Israel’s main airport. 47 flights to Israel were canceled.