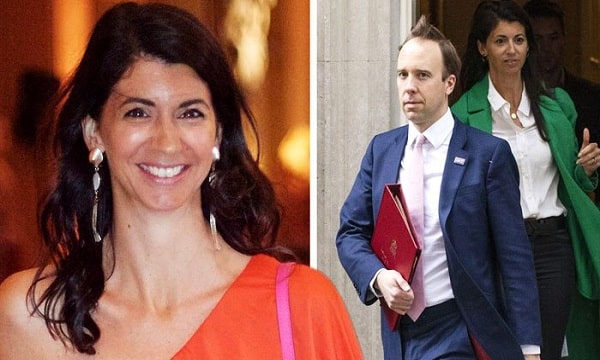 Video and photos of British Health Secretary Matt Hancock and his aide Gina Collad Angelo kissing each other have gone viral, prompting calls for the health minister to resign.

According to the report, the British newspaper published videos and photos of Matt Hancock and Gina Collad Angelo, possibly obtained from a CCTV camera on May 6.

Opposition lawmakers have called on Matt Hancock to resign over his alleged involvement in the Corona epidemic.

Matt Hancock, on the other hand, has apologized for his actions and Prime Minister Boris Johnson is now considering the matter over.

A spokesman for the Prime Minister’s Office said Boris Johnson had accepted Matt Hancock’s apology and had full confidence in the health minister.

According to the report, the video was made inside the health department building. Opposition lawmakers say the Corona SOPs have been set up by the government and a violation by the health minister is a shame.

Matt Hancock and Gina Colad Angelo are both married and have 3 children.