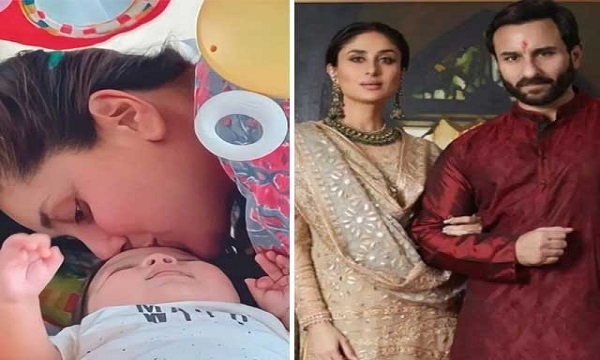 MUMBAI: The names of Indian Nawab Saif Ali Khan and his wife Kareena Kapoor’s second son have once again caused a stir on social media and both are once again being criticized on Twitter for using their son’s Muslim name.

When Saif Ali Khan and his wife Kareena Kapoor named their eldest son Timur Ali Khan in Bollywood, there was an uproar all over India and Hindu extremists named both of them ‘Timur’. Ali Khan was criticized for having.

This should not happen again, so when Saif and Kareena’s second son was born, they did not share their son’s name and photo on the media for several months. However, a few months after the birth of the second son, news came that he had named his second son “J”. 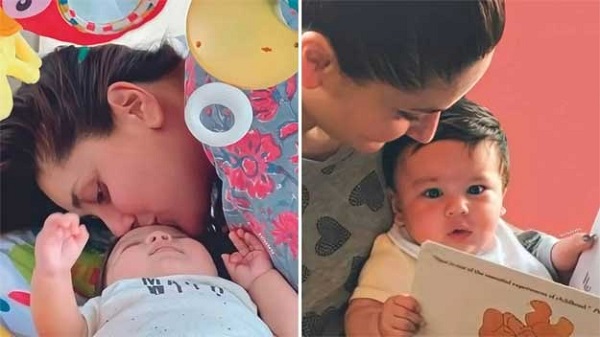 But now the real name of their second son has finally come to light. Recently, Kareena Kapoor has introduced her book “Kareena Kapoor Khan’s Pregnancy Bible”. In which he has called his second son “J” till the last pages of the book.

But the last pages of the book contain pictures of Kareena during and after her pregnancy. And in the caption of the photo, he has written the name of his second son “Jahangir Ali Khan”. And on the last page of the same book, Kareena has also shown a picture of her second son for the first time.

As soon as the name of Saif and Kareena’s second son came to light, there was an uproar on Indian social media once again and Indian users are once again criticizing both of them. One user criticized Saif Ali Khan, saying that after Timur and Jahangir, the next name might be Shah Jahan and Aurangzeb. Saif Ali Khan is trying to revive the Mughal Empire.

#BreakingNews
1st Amrita then #KareenaKapoor become #KareenaKapoorKhan & now her son named #Jehangir & #TaimurAliKhan this is the way where Hindus going to lose its identity, next may be #Shahjahan & #Aurangzeb. #SaifAliKhan trying to revive #Mughal emperor.#SayNoToConversion pic.twitter.com/ieQyFmGdz1

Some people are mocking the criticism on social media regarding the name of Saif Kareena’s second son.

Some people were so disgusted with the names of both Kareena and Saif’s sons that they called the Mughal emperor Jahangir cruel and said first Timur and now Jahangir. Wow Saif and Kareena have named their son after a cruel and savage Mughal king.

Some people mocked both of them saying that Saif and Kareena are planning to name their third son “Aurangzeb”?

One user said that it looks like Kareena Kapoor and Saif Ali Khan will form a team of Mughal rulers, first Timur and now Jahangir. What will be the name of their next child?

The name of #KareenaKapoorKhan ‘s sons could be #kalam , #Irfan , #Zakir or whatever but why #taimur and #Jehangir ?
It’s a well planned conspiracy to demean Hindus and Sikhs
Feels like #KareenaKapoor nd #SaifAliKhan are going to launch a #IPL team named #Mughal .
#IPL2021 pic.twitter.com/cGWv8N3QLr

One user angrily wrote, “Keep watching Kareena Kapoor’s films so that people have no shortage of money to promote aggressors like Timur who massacred Hindus.”